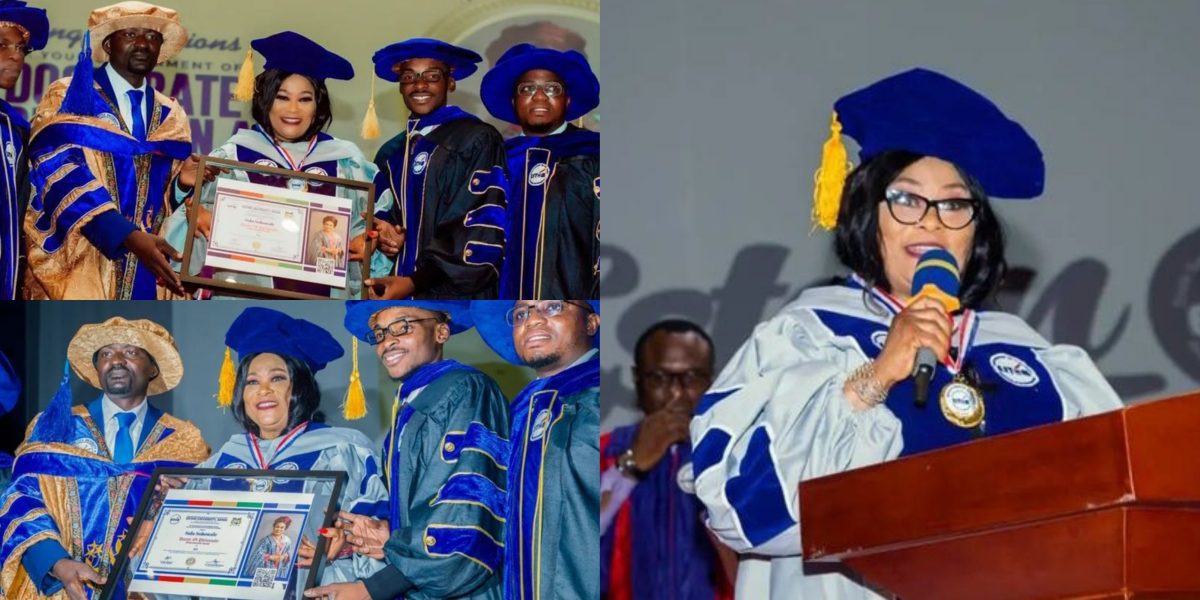 The beloved actress has joined the leagues of celebrities with doctor degree.

Taking to Instagram, Sola shared the good news with her thousands of fans.

Rejoicing over her new achievement, Sola announced that she is now a doctor and is in a new dispensation.

She appreciated the Estam University for the honour.

The ‘King of Boys’ actress was decorated with Doctor of Philosophy.

“Welcome to a new dispensation – Sola Sobowale is now a Doctor. Big thank you to Estam University for his honour #DoctorOfPhilosophy”.