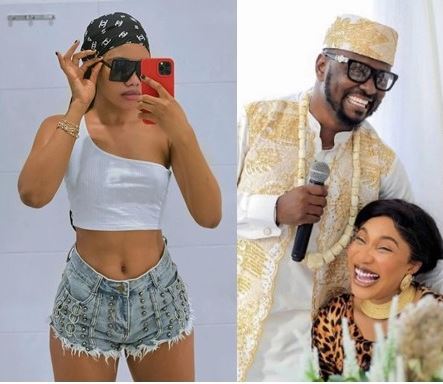 Video of Married Dancer, Janemena at Kpokpogri’s House Surfaces After Kpokpogri Denied Ever Meeting Her 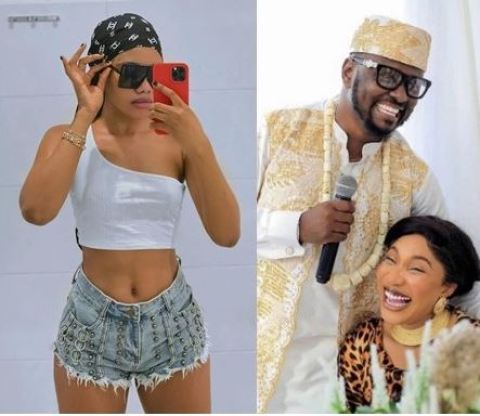 Prince Kpokpogri has been exposed as a habitual liar after a video of married dancer, Jane Mena in his house surfaced.

This comes after Kpokpogri had denied every meeting Janemena.

He had lied that he was only friends with her on the phone.

Prince Kpokpogri while reacting to allegations of having a sex tape of Jane Mena claimed aside from being at her shop opening, their relationship has just been on the phone, and her husband is even a friend of his.

However, Nigerians have shared an old video of the two together back in 2020 even before her shop opening and Jane Mena was spotted in the house of Prince Kpokpogri who was welcoming some people into his house.

The video shows they have known each other for some time as it appeared Jane Mena was in the house before the guys came in.

Some Nigerians also opined that the possibility of having her s.ex tape might be very high.