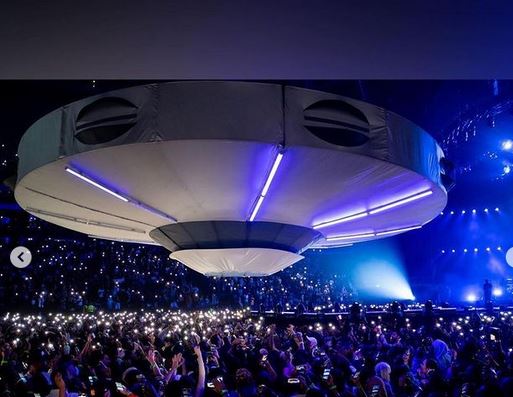 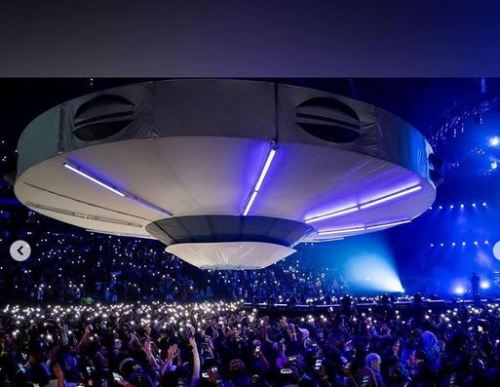 Grammy-award winner, Burna Boy left fans in shock as he made a grand entrance at his show in O2 Arena, London yesterday August 27.

The singer arrived his show in a spaceship amid cheers from fans who turned up.

The Afrofusion star first graced the stage of The O2 arena alongside British superstar Stormzy at the BRIT Awards in 2020, but returned for his first-ever headline show on Friday.

Some Nigerian music stars like Omah Lay, Ruger and Rema also performed at the show.