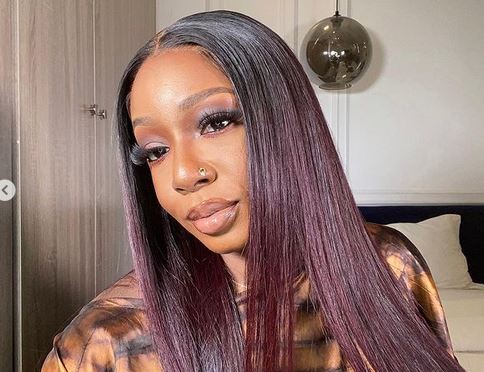 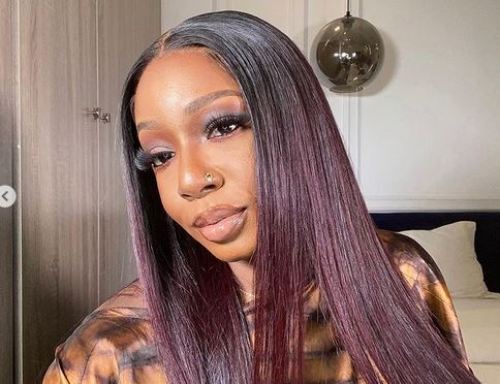 Former Big Brother Naija housemate, Tolanibaj has asked men a question about them approaching a woman for the first time.

The reality show star in her tweet, asked what makes some men think they can ask for a girl’s number after watching her pay for her groceries.

Her tweet is as a result of Nigerian men claiming that Nigerian women do not spend on their men but expect the world from him. 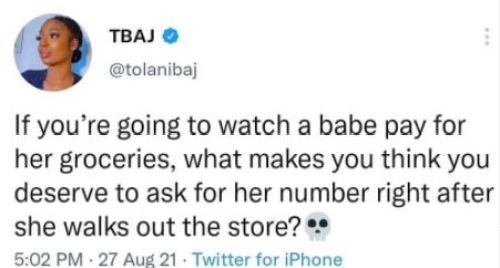