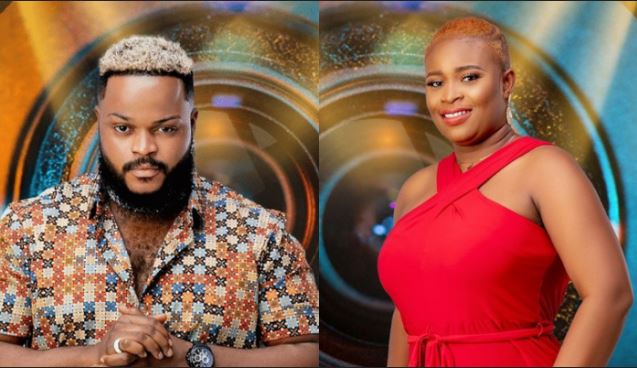 Whitemoney, a Big Brother Naija Shine Ya Eye housemate, is on the run as he claims that Princess wants to be cuddled by him.

This happened in the early hours of Saturday after the Jacuzzi Party on Friday night.

Whitemoney flees from the room to the other room where Angel was, stating that Princess is waiting on him to cuddle her but he doesn’t want to as he hopes she falls asleep before he returns.

Angel advised Whitemoney to openly tell Princess that he doesn’t want to cuddle or just go ahead to cuddle her ‘in the spirit of sportsmanship’.

“Don’t allow that girl to wait. Just go and tell her that you don’t want to cuddle so she’ll not stay up waiting for you. It’s not nice,” Angel said, erupting laughter from Whitemoney and Arin.

Angel added, “Look at it now. Is it fair? If it’s you that wants to be cuddle and you’re waiting but the person did not come, will you like it? It’s not nice.Even if, just cuddle her in the spirit of sportsmanship.”


Following the cuddle situation between Whitemoney and Princess, fans have taken to Twitter to express their thoughts.

A tweep, @vee_mbuli said, “Princess clearly wants to cuddle with Whitemoney and that will not happen she must go sleep.”

Another tweep, @spillcup, said, “Whitemoney don’t come to the bed o. What kind of ‘by force’ love or cuddle is this?”

“Is Princess waiting for White money to cuddle with her? It won’t work. Princess go to bed, please,” @georgewillgrace tweeted.