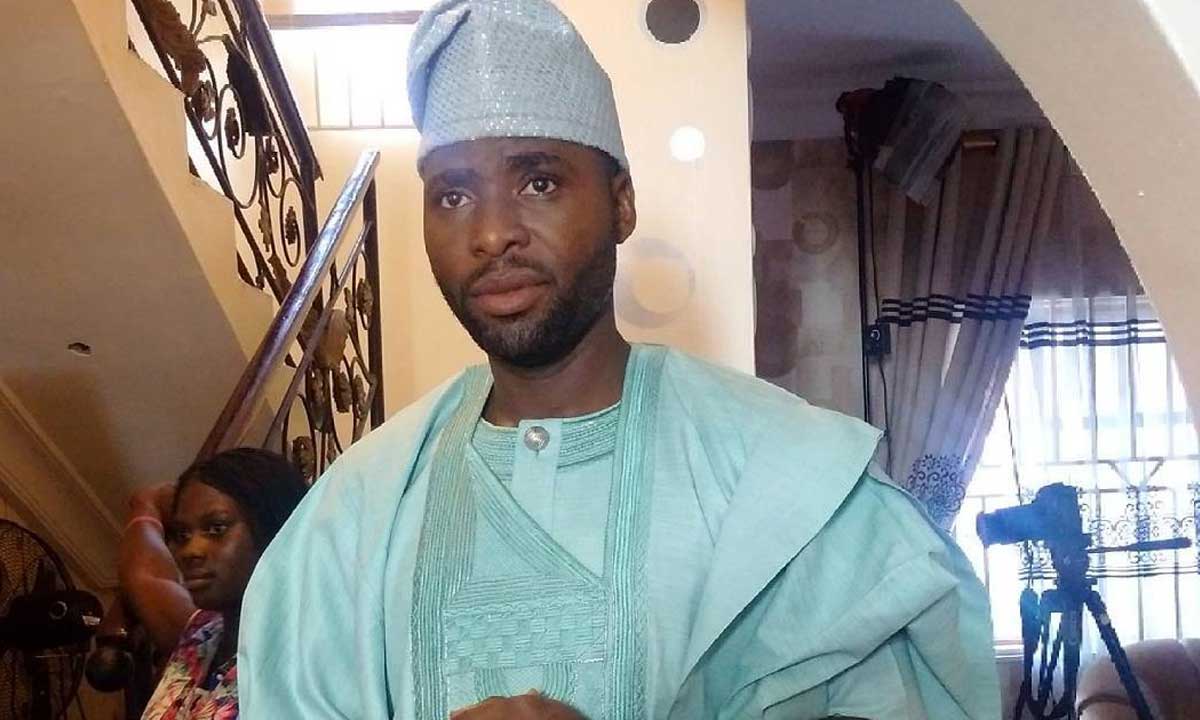 Whoever calls me a wife beater should show proof, Ibrahim Chatta blows hot

It is not an exaggeration to say that popular actor Ibrahim Chatta attracts scandals as sugar attracts ants. And to compound issues, the actor hardly debunks most rumours about him.

However, in a recent chat with Saturday Beats, the actor stated that he was aware of all the negative things written about him but never felt it was necessary to speak up. He said that he had always been careful so that his words would not be misconstrued to suit the purpose of some online news outfits.

The versatile artist seemed to have been forced to voice out when he was tagged a wife beater, an appellation which he described as wicked and false.

The thespian said that unknown to many of the authors of the write-ups, he has been denied so many endorsement deals.

The actor further challenged anyone who calls him a wife beater to present a proof which shows him battering his wife.

“I am aware that if one should search for my name on the internet, most reports that would pop up would be that I am a wife beater but all those things are false. I have just one question to ask the media and public; if truly I am a wife beater, how come there is no proof or evidence to support that fact? We are in the age of social media and if truly I am a wife beater, one of my alleged victims ought to have taken to their social media page to post a picture of bruises or a black eye but there is nothing like that. Does it mean that of all the women I had dated and allegedly beaten up, none of them has proof or a scar to show that those stories are true?

“There were so many speculations when I got married to Salamat who is the daughter of a senator. We parted ways because she admitted to me that she no longer trusted or loved me. I begged her to come back home because I was worried about what my fans and friends would think about me as I am a role model to many. My ex-wife told me that she had been acting all the while we were together as she had stopped loving me since 2012, shortly after our Nikkah. Despite that, I still begged her to come home because the way Nigerians judge when it comes to marriage, the man is always at fault. The case is normally worse for us actors because they see us as flirts. After pleading with her, I had no choice but to let go and the next thing I heard people say was that her mother came to my house and found it unfit for her daughter to stay.

“I live in a four bedroomed apartment with two sitting rooms. I have dependants because I like people around me. She knew this about me before we got married and when the rumour mongers realised that their initial rumour did not hold water, they said that I beat her the same way I beat my baby mama. My question has always been this; how rich can I be to beat the daughter of a politician, a senator and I would not have been locked up? Anyone that claims that I am a wife beater should present proof other than mere hearsay,” he said.

Chatta said that contrary to rumours that he had got married for more than three times,  he said his marriage to his current wife is the second. “I have only had two marriages. The first was with Salamat and the other I have is with my present wife. I also had a baby with a lady earlier in life. I wish her well most especially because she bore my first child. We maintain a cordial relationship and we are still friends till date. I am not a womaniser or serial lover. The nature of this profession makes it easy for women to flock around us. It has always been like this for us,” he said.

Chatta who described himself as an emotional person said most of those write-ups make him cry. “I always feel very bad when I read untrue stories about myself. I used to cry a lot until I had to tell myself that there is really nothing I can do about it. I have decided to let God be the judge. Everything I have done is to make people happy through the roles I interpret; so it is very sad that people prefer to peddle lies about me. What people read about me most times is false, it is not who I am,” the actor said.