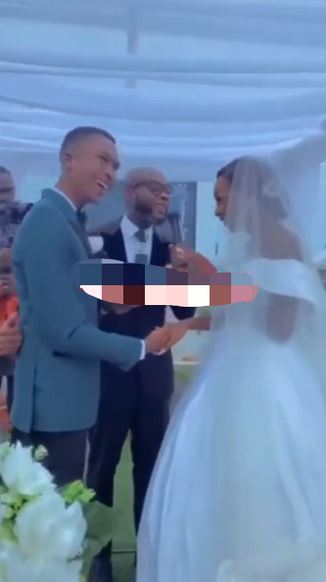 “Why Are You Crying?” – Bride Queries Emotional Groom While Taking Marital Vows (Video)

A video has captured the moment a groom could not hide his emotions as he wept while taking his marital vows on the aisle.

According to Instablog, the wedding is said to have taken place in Imo State.

The groom who seems to have gotten emotional in the course of the wedding proceedings broke down in tears and this warranted a question from his bride.

Questioning the groom, she said:

“Ikenna why are you crying?”

This question however triggered amusement among the guests and the couple.