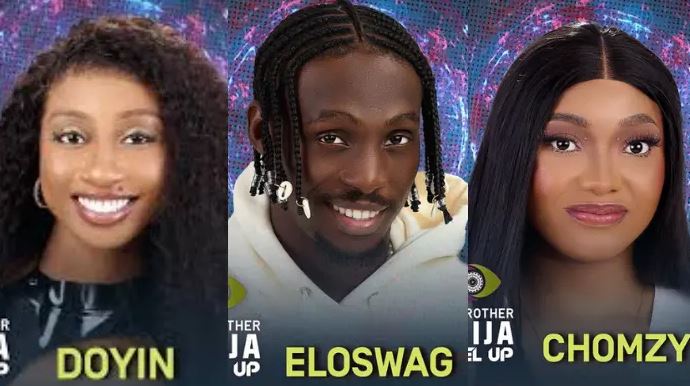 Why Evicted Housemates Were Retained

The organizers of BBNaija show have disclosed to viewers why the three evicted housemates, Doyin, Chomzy, and Eloswag were not immediately sent home.

It would be recalled that Doyin, Chomzy, and Eloswag had been evicted on Sunday after being up for eviction along with three other housemates– Bella, Bryann, and Chyna.

However, confusion had abound when the trio was moved to another house, Level 3 after eviction.

A new tweet released by Big Brother reveals the evicted housemates would remain as guests until the 18th of September.

The tweet reads: “Big Brother has decided to retain the Evicted Housemates from tonight’s Live Show as Guests in the #BBNaija House until the 18th of September.

“They will now be referred to as Level 3 Guests.”