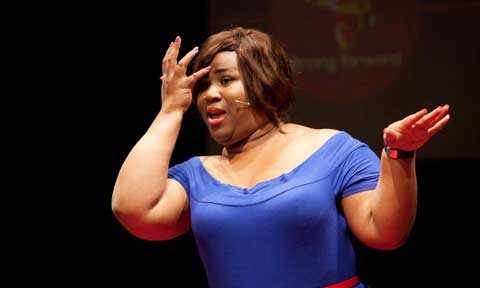 Popular Nigerian comedian and actor, Chioma ‘Chigul’ Omeruah, has waded in on the relationship talk as she says lots of women are actually wife materials but are with the wrong men, men who don’t know how to sew (metaphorically).
In her own words, ‘A lot of women have wife written all over them, but they keep entertaining men who can’t read.’

She shared this in a text image on her Instagram page and gave it the caption,

It’s stolen…. but I thought it gave some food for thought and it goes both ways……some chicks can’t read either….atink!!! Yahhh!

Omeruah was born in Lagos to Igbo parents, but moved away whilst still a baby. She was the second of four children of Air Commodore Samson Omeruah.

She attended two Air Force secondary schools one in Jos and latterly in Ikeja, Lagos. She briefly attended a university in Nigeria before she left to study, at her father’s request, Criminal Justice in America. This was not a success so she left after two years to study French Education at Delaware State University. Omeruah is a linguist and speaks a number of languages. She returned to Nigeria after twelve years in America.

She initially became a singer under the name C-Flow but this has been subsumed by her characters – principal of which is Chigul. Chigul speaks in a strong Igbo accent. Chigul was first heard as a recording of the song “Kilode” sent by Omeruah to her friends but the sound was soon re-sent around Nigeria.