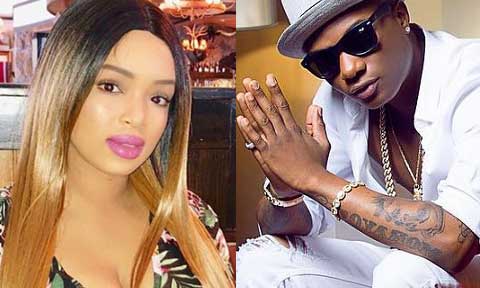 Wizkid “Abandon” Our Child For 18 Months: I’m No More In Love With Him – Binta Diallo

Binta Diallo, one of the baby mamas of Nigerian singer, Wizkid, has reveal what her current relationship with the singer is like.
During an ‘ask me anything’ session she held on social media, one of her followers asked,

“what if Wizkid wants a second baby with you?” and she responded with an emoji that suggests that she would turn down such request.

Another follower of hers asked when last herself and her child met with Wizkid and she was direct with her response which was “18 months ago.”

Do you regret meeting Ayo’s dad ? she replied Absolutely NOT

Then another asked ; Do you still love Wizkid..she then gave a straight NO as her answer.

Binta also revealed that she never told her parents about her pregnancy, she only called her mother after she had been delivered of the child

According to reports then (2016), Binta and Wizkid dated low key for a while and when she became pregnant things were kept on the low till she gave birth and shared the name of her son with her Instagram followers.