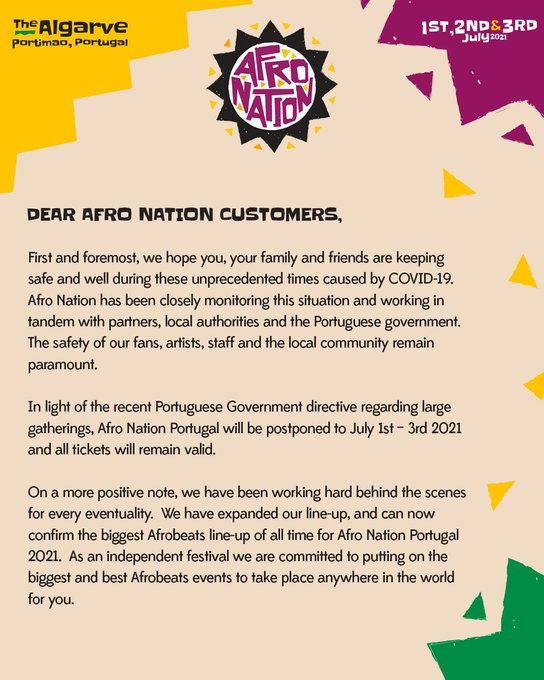 Afro Nation, the world’s number one beach festival has announced the roster for its 2021 event and Nigerian superstars, Burna Boy, Wizkid, Davido, Reekado Banks, Yemi Alade, Kizz Daniel, Niniola, Olamide, Patoranking, Santi, Fireboy DML, Rema, Teni, Wande Coal and Wavy The Creator have been announced as some of the performers. 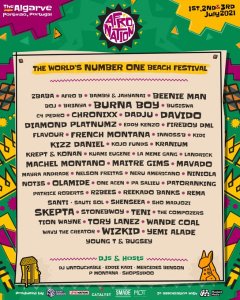 The event is set to hold between July 1, 2021 and July 3, 2021. Other performers on the roster includeKojo Funds, Stonebwoy, Not3s, Diamond Platnumzand more. The event was original set to hold in July 2020, but due to the events of COVID-19, the three-day event which holds in Portugal had to be postponed.

It was initially hoped that the pandemic would pass to pave the way forAfro Nation 2020to hold, but on May 11, 2020, organizers ofAfro Nationput out the following statement to act according to the ban placed on public gathering; 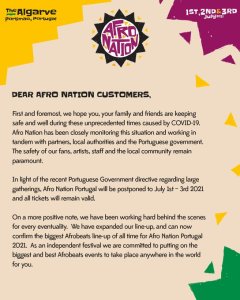