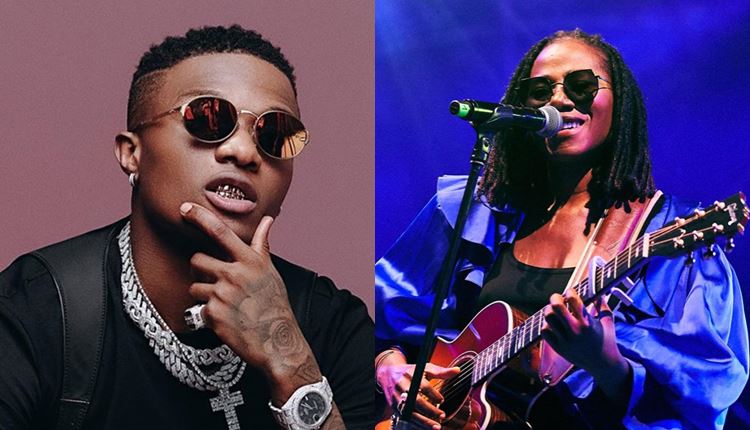 Nigerian afrobeats superstar, Wizkid, may eventually get to collaborate with Asa six years after his initial interest in having the sonorous songstress on a track.

A video of Wizkid and Asa has made its way online with both musicians looking happy and in one accord. The video was said to have been taken hours after the ‘Ojuelegbe’ crooner won the coveted Grammy Award.

The video sighted by Within Nigeria confirmed that Wizkid and Asa have no bad blood despite the snub he suffered from the ‘Jailer’ singer in 2015 following his collaboration request.

In Wizkid’s 2015 tweet, he shared; ‘Yo Asa has to be the only one I want to work with so bad! Love love her’, but Asa didn’t acknowledge the tweet. Instead, she promoted the video for one of her songs, ‘Satan Be Gone’. ‘Satan Be Gone… new video out tomorrow’, she wrote.

Asa’s response caused rancour in the Nigerian social media space. Many thought she was describing Wizkid as Satan that should be banished.

However, this latest event has changed that, as Wizkid may eventually get the collaboration he has been longing for. The song will also be a good follow-up to his Grammy win over the weekend, provided they get to do a song together.

On Sunday, March 14, 2021, Wizkid was pronounced winner of the most sought-after award, Grammy, for his impressive collaboration with Beyonce on a global hit track, ‘Brown Skin Girl’.