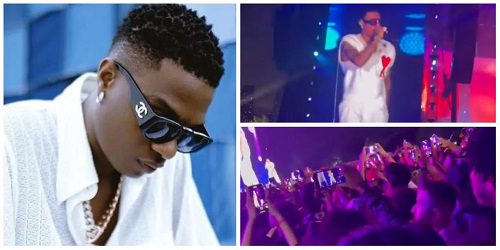 The singer made history by becoming the first-ever African artist to headline the biggest music festival in Canada called  the Rolling Loud Festival.

The singer also gave impressive performances as he thrilled music lovers in Toronto with some of his evergreen songs and they vibed along with him.

In the video shared online, the crowd could be seen shouting in excitement at the top of their voices and it was a beautiful scene to behold.

Expressing his appreciation and love for the crowd, Wizkid also gave a performance of True Love.