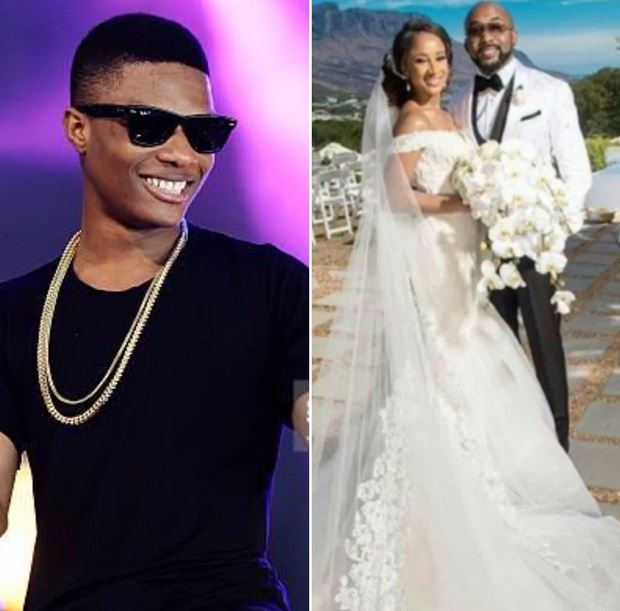 
Superstar singer, Wizkid has responded to his mentor,  Banky W’s disclosed how he felt about him not attending his wedding.

In a recent interview with media personality Ebuka Obi-Uchendu, Banky W said that he was disappointed at Wizkid for not attending his wedding.

Banky said the Grammy winner could not attend the wedding because he was headlining a show in Dubai.

He, however, pointed out that singer Tiwa Savage who was also in Dubai at the time was able to attend his wedding despite the inconveniences.

Adding to her husband’s statement, actress Adesua Etomi who was being interviewed alongside Banky W said that the ‘Essence’ singer wished them well and that’s all that matters.

Reacting to the interview on Twitter on Thursday, Wizkid retweeted the post with the caption: “Lol”, which translates ‘laugh out loud.’