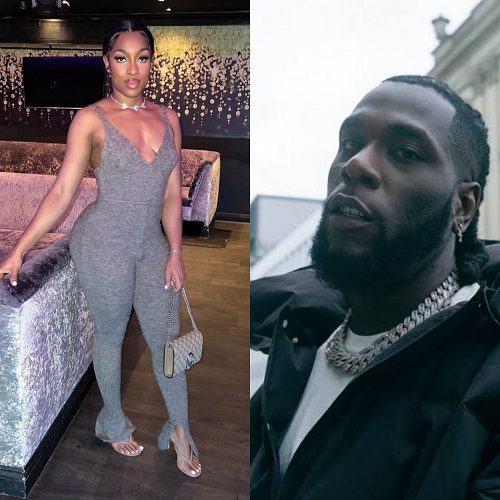 A woman whose husband was assaulted by Burna Boy’s security has shared evidence supporting her claim.

Briella’s partner and friend were shot by Burna Boy’s team during the altercation after the singer made passes at her.

She has now released evidence showing that she never approached the singer first.

An alleged witness claimed Briella went to the VVIP area where Burna Boy was sitting and her partner got angry and went there to get her back.

This allegedly led to an altercation and ended with gunshots.

But Briella has released a video from the club to show that she and her group never went close to Burna Boy’s side of the club.

She then urged Cubana club to release CCTV footage of what transpired.

To Burna Boy, she said: “If you did nothing wrong Burna Boy, why were your people contacting us to offer us hush money? Why did your parents visit our parents yesterday?”

A Win For You Is A Win For All Female Singers In Nigeria —Yemi Alade Congratulates Tems
Fani-Kayode’s Estranged Wife, Precious Chikwendu Reacts To Chacha’s Divorce Post
Chacha Eke Unfollows Husband On Instagram Following Split
No Comments Yet Drop a Comment