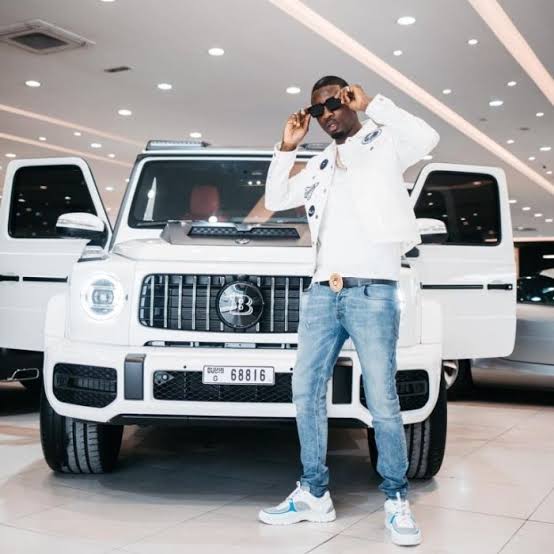 Woodbery Defrauded US Firm Of $15.3 Stashed Away In Bitcoin Wallet The Federal Bureau of Investigations, FBI, has filed a case alleging that Olalekan Jacob Ponle, who was arrested alongside Hushpuppi, defrauded US firms of millions.

Police authorities had earlier shared footage of how Hushpuppi and his 11 cronies were busted in a special operation over cyber-fraud involving 1.9 million victims to the tune of N168 billion.

Arrested on June 10, the suspects were said to have been involved in crimes spanning money laundering, hacking, impersonation, scamming, banking fraud, and identity theft.

Alongside Hushpuppi, Ponle, who is better known as Woodbery, had been expelled from the UAE to the US where he is to face charges of conspiracy to commit fraud, one for which he risks 20 years jail term.

In an affidavit filed on Woodbery’s case, the FBI said that part of the sum from the scams, which he pulled between January and September 2019, had been stashed away in a Bitcoin, BTC, wallet.

Bitcoin is a type of virtual currency not issued by any government, bank, or firm but is generated and controlled through computer software operating on a decentralised peer-to-peer network.

While BTC transactions are recorded in the Bitcoin blockchain, the identities of the individuals or entities are not recorded on the public ledger, making the platform partially anonymous.

Among these are schemes that caused a Chicago-based company to lose $2,300,000 while another firm was defrauded into transferring a total of $15,268,000, part of which was stashed away in BTC wallet.

“These schemes resulted in attempted and actual losses to victim companies in the tens of millions. Ponle directed money mules in the US to open bank accounts in the names of victim companies.

“Proceeds from BEC schemes, ranging from hundreds of thousands of dollars to millions of dollars, were then wired by unwitting employees to the bank accounts opened by Ponle’s mules.

“Ponle then instructed the mules to convert the proceeds to Bitcoin and to send the proceeds of the BEC schemes to a bitcoin wallet that he owned and operated.”

Woodbery is expected to appear in court on July 9, for hearing on his detention.