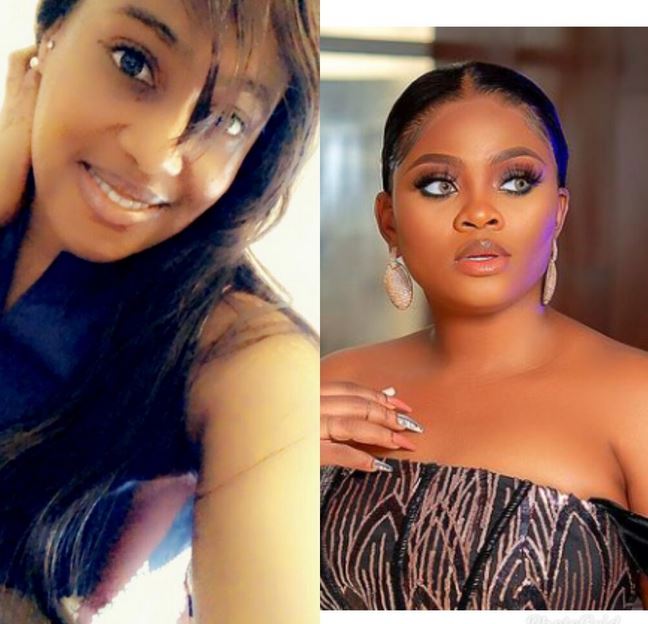 ”You Behaved Abominably As A Married Woman On National TV” 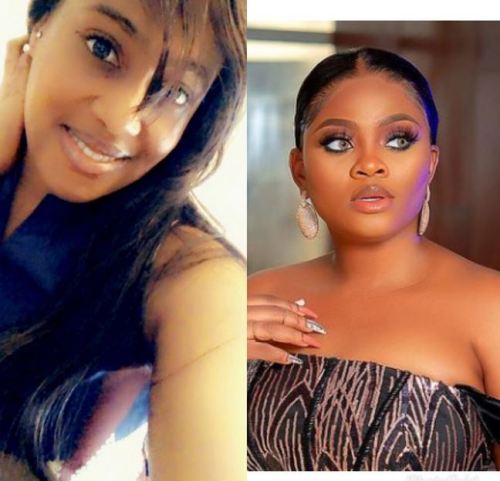 Lady Kara alleged that Tega behaved abominably as a married woman on national TV and also showed arrogance by claiming ”scripts” after her eviction.

Wondering if Tega felt people would accept the excuse, the talent manager said the married reality show star can’t be done telling off people until they forgive her.

Kara in her opinion said that the BBNaija star behaved shamefully while on the show, Kara also alleged that her husband has lost his respect for marrying someone as ”tacky and disrespectful” as she is.

The talent manager further claimed that Tega’s partner in the house, Boma, also showed that he has no value for marriage or for her. 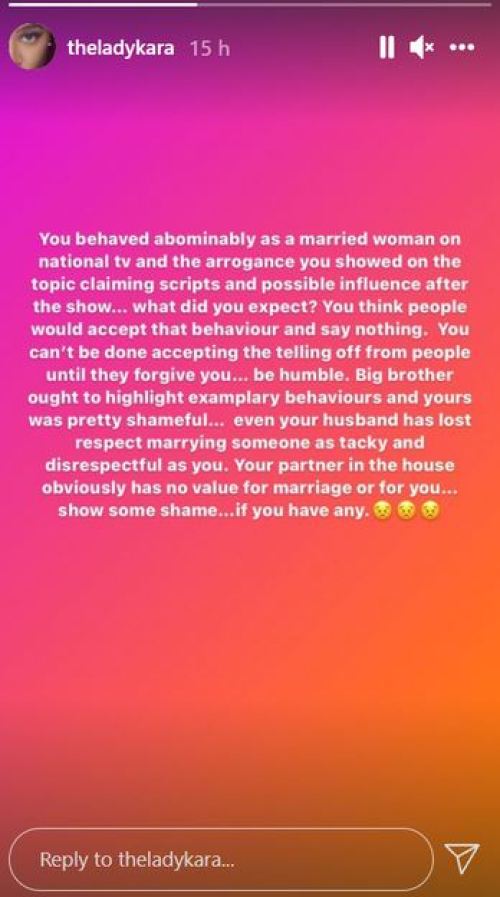