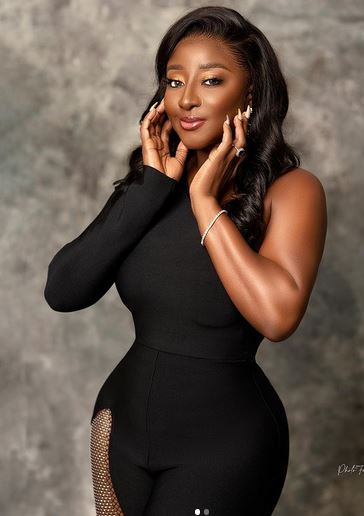 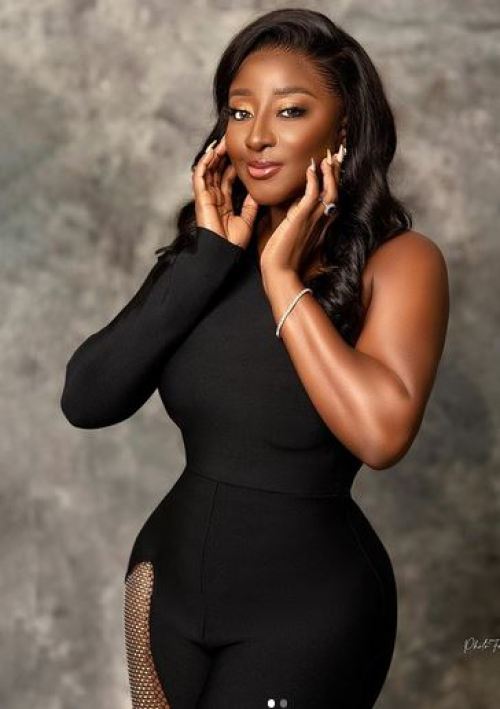 Nollywood actress, Ini Edo took to Instagram to make a post for those who write unprintable things about her on blogs without getting their facts right.

In her post, Ini condemned those “accusing people falsely in an attempt at destroying that person’s life.”

She added: “You choose to ignore the HUSTLE and focus on things only you imagine in your head and you sell it to gullible people like you to buy.”

She went on to warn that, “you may be destroying the lives of other people in an attempt to destroy mine.”

She concluded with, “This is not a war you want with me… Trust me.” 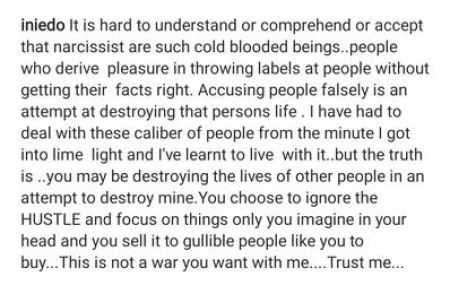