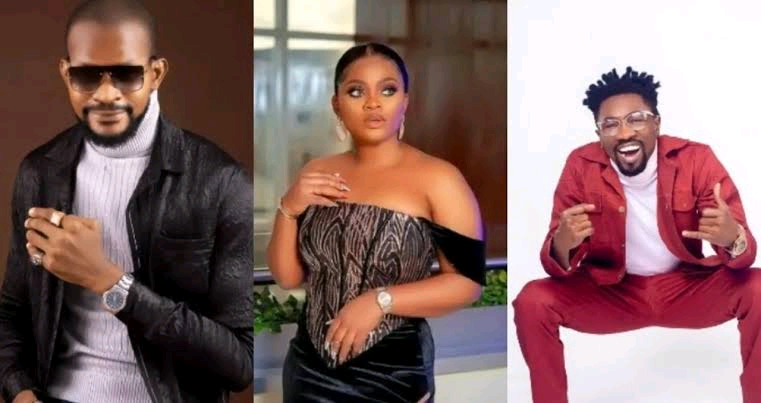 BBNaija Shine Ya Eye former housemate, Tega Dominic, has reacted to the post made by controversial Nigerian actor, Uche Maduagwu slamming her co-star, Boma Akpore for saying that he has a girlfriend whom he is going back to.

Information Nigeria recalls that Boma, in a recent interview with Chude Jideonwo, said that he has a girlfriend and he is going back to her.

Taking to his Instagram page, Uche Maduagwu berated Boma for saying such after his romance with a married woman in the Big Brother Naija house.

Uche Maduagwu further wrote that Boma should accept the regrettable mistake that he made with Tega, a married woman, in the house.

Read Also: “I Wish The Trolls Can Leave You And Come Face Me,” Boma Tells Tega

Reacting to Uche Maduagwu’s post, Tega took to the comments section to write, “You go soon chop another slap.” 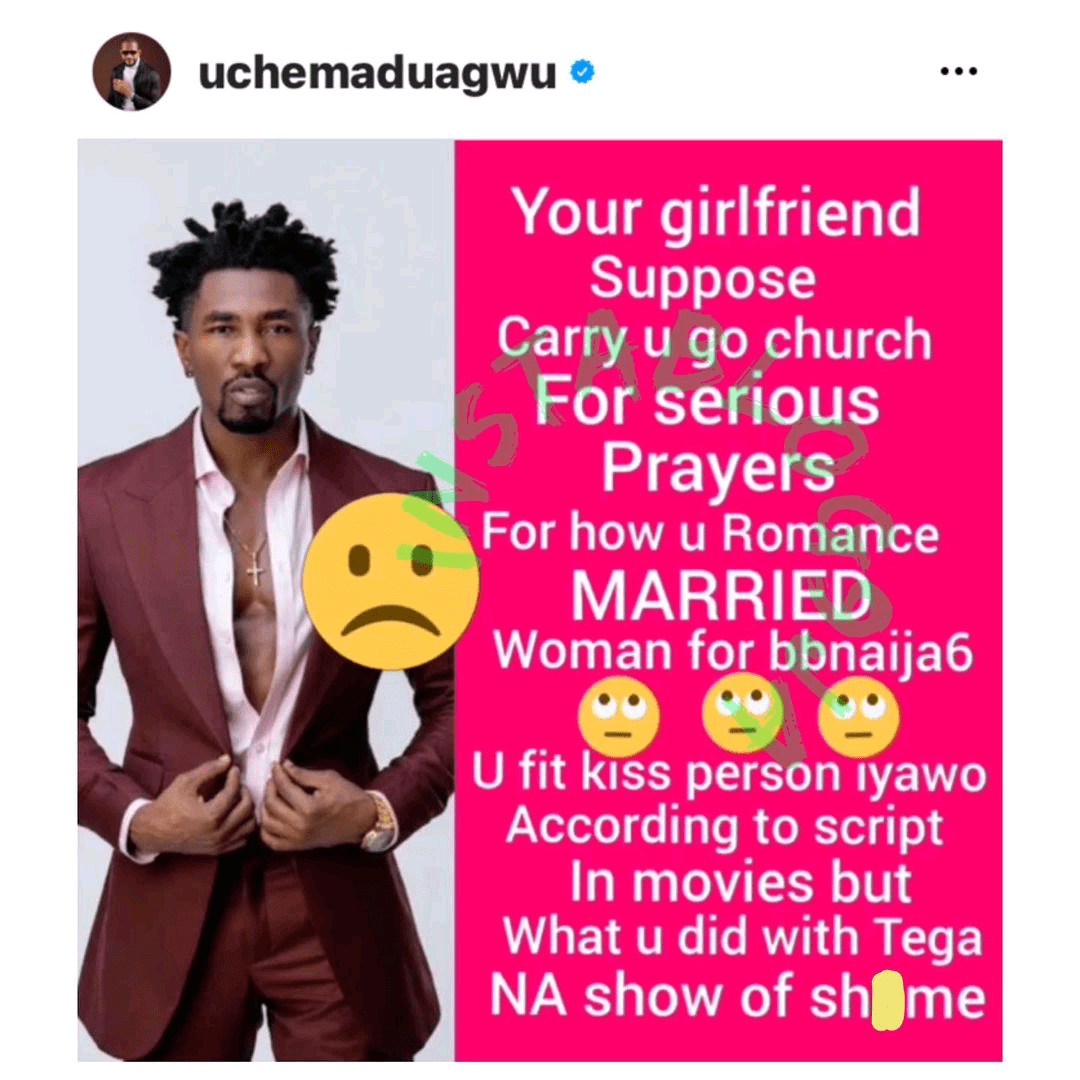 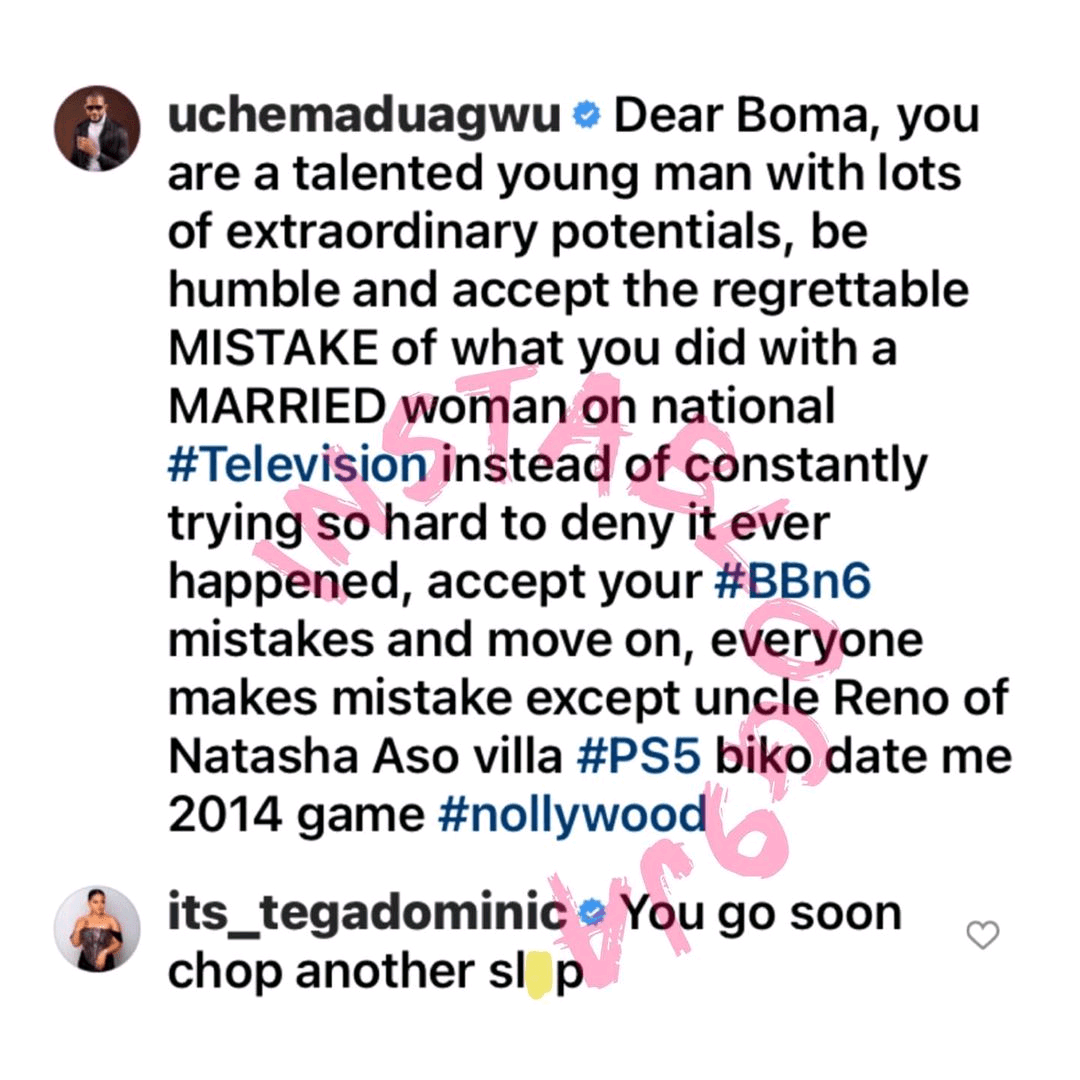