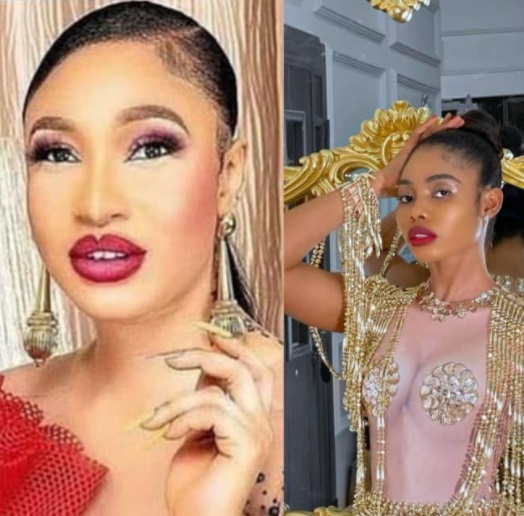 This comes after the dancer wrote a petition against Tonto over allegations of defamation and cyberstalking.

Recall that during her breakup crisis with her ex-lover Prince Kpokpogri, Tonto shared voice recordings of the latter in an Instagram post where he recounted his sexual experiences with some celebrities. The actress also alleged that Kpokpogri has Janemena’s sex tape and that it was just a matter of time before he blackmails her with it.

In a statement released on Tuesday, Janemena through her legal team demanded the sum of N500 million and a retraction from the actress for her statement.

The dancer also threatened to take legal actions against Tonto if she does not retract and apologise for her statement.

Responding to the petition against her, the mother of one in an Instagram post on Tuesday, insisted that the sex tape exists, she also claimed that Janemena begged her to save her marriage.

“If I say your sex tape exists I say it, again and again, child, you cant be begging me behind the scene to save your marriage and begging to see me for an appointment to explain yourself and come with a petition.

“I’m not as dumb as your boyfriend so I wouldn’t be releasing your tape nor call a week ago. See you in court, she wrote.