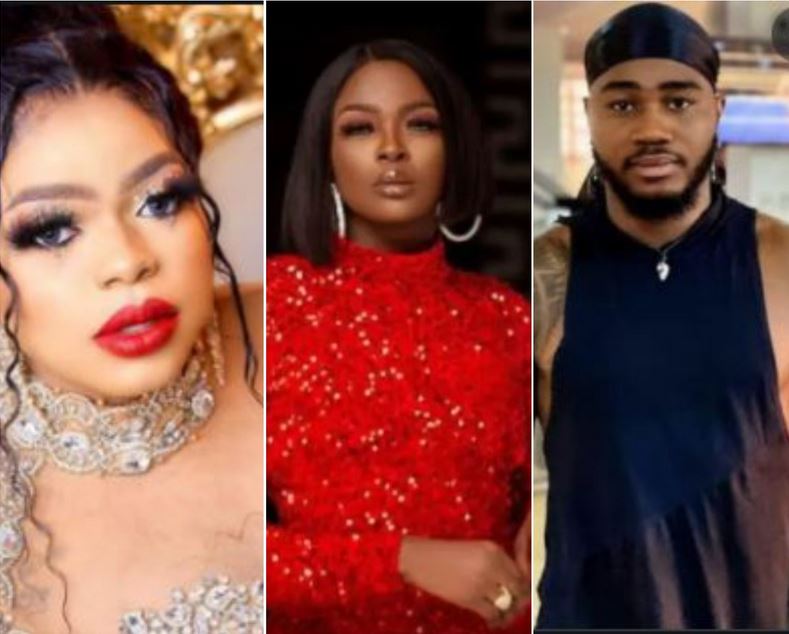 “Your Well Don Too Deep” 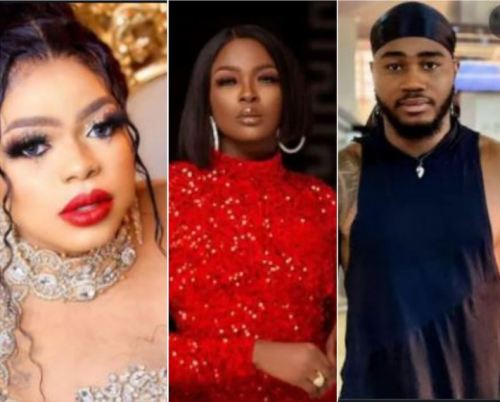 Controversial male barbie, Bobrisky, took to Instagram to lambast Ka3na for berating Praise and calling him a 5 seconds man after their s3xual encounter.

In the BNaija reunion last night, June 22, Ka3na who had previously denied sleeping with Praise in the house, finally admitted that they did have intercourse in the BBNaija house.

According to the mother of one who often calls herself as a ‘Boss Lady,’ she invited Praise to her bed where they had sex but was disappointed as it only lasted for 5 seconds.

According to her, she left the bed immediately in annoyance to go outside and ‘chill’ as she was disappointed at Praise’s performance. She also added that that had sex again at a hotel after the show but that it didn’t last up to two seconds.

She also admitted using Praise for the game after she heard that he boasted to other housemates that he doesn’t want to have anything to do with her.

Slamming Praise, Ka3na called him a “boy” while stating that she does not date boys like Praise. She also revealed that Praise tried contacting her after the show but that she ignored him.

Bobrisky on social media slammed Ka3na who he described as “razz and classless” for calling Praise a 5 seconds man. He also slut-shamed Ka3na, says that her “well is deep”.

The male barbie also advised people to stop dating boys because they often kiss and tell. Trashing the Ex-housemates, Bobrisky says they gave out so much details for people who are matured. 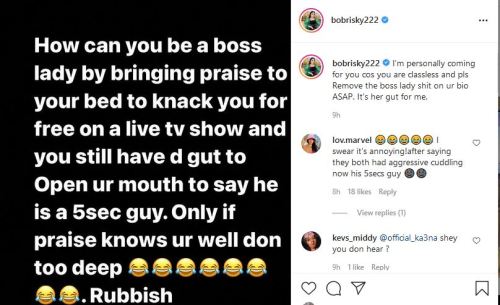