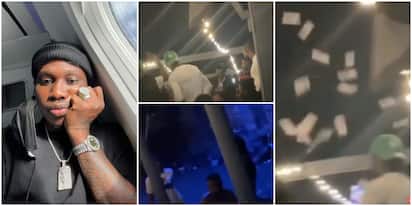 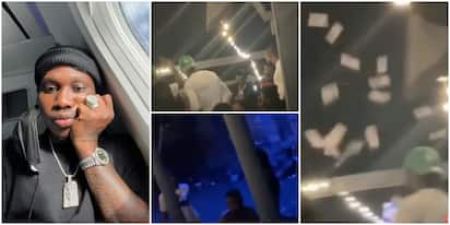 Fans of musician, Zlatan Ibile have been spotted outwitting themselves in a bid to collect money he sprayed on them.

The fans were spotted scrambling in dirty water to get the money he sprayed during a performance in Lagos.

During the performance, the singer decided to throw some cash into the air. This led to some of the singer’s overzealous fans scrambling to get some of the money.

A number of them into waded into dirty water just to get their hands on some of the singer’s cash that fell in the water.