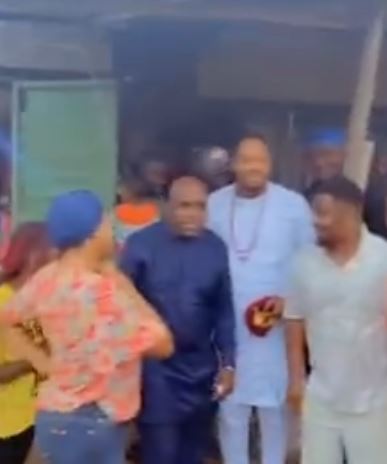 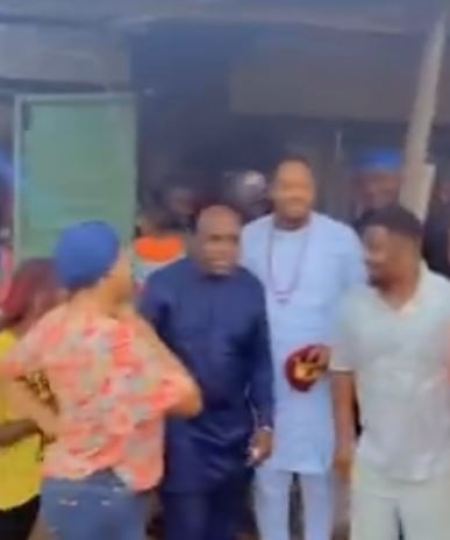 Nollywood actor, Zubby Michael could not hide his excitement as he met with veteran filmmaker, Teco Benson on a movie set.

In a video shared on Instagram by the filmmaker, the excited actor is seen shaking hands with the Teco Benson.

Actress Chike Ike was also present at the movie location.

“Visited the set of this phenomenal Actor, Zubby Michael yesterday and it was actually our first physical meeting. Surprisingly the beautiful Actress Chika Ike was on set with him. It was really a fun moment,” Teco Benson wrote.

Teco Benson started his career as an actor in 1994 before venturing into producing and directing.

He was nominated for best director at the Africa Movie Academy Awards in 2006 and 2008.