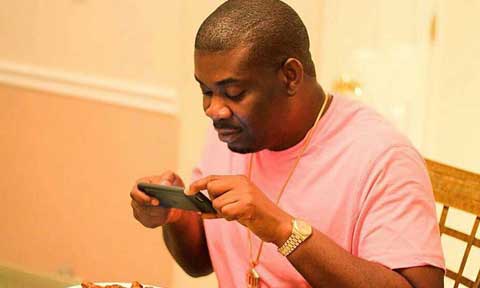 All The Ladies Were Already Taken — Don Jazzy Cies Out

Nigerian big producer, singer and the boss of Mavin records was in a wedding party during the weekend which he decided to show off his dance steps if only he can get a wife in that gathering.

According to him he had attended the wedding with the intention of finding a wife from his dance step but it did not yield any good tidings as he revealed that all the ladies were already taken.

Sharing the video on his Instagram page, he wrote: “If you ever think you can’t dance. Just remember this. You can’t be that bad. I decided to start going out more. Came all the way to this wedding maybe I will see wife. Everybody was taken sha. But dear future wife, just know that I will embarrass u with my dance moves forever. Take me as I am. I don talk my own.”

Don Jazzy is known to always joke of marrying popular Nigerian celebrities online as he reacted when Linda Ikeji got pregnant saying he was not responsible for that.

He always brags of wanting to marry to American popular singer Rihanna although she has been constantly ignoring his attitudes.