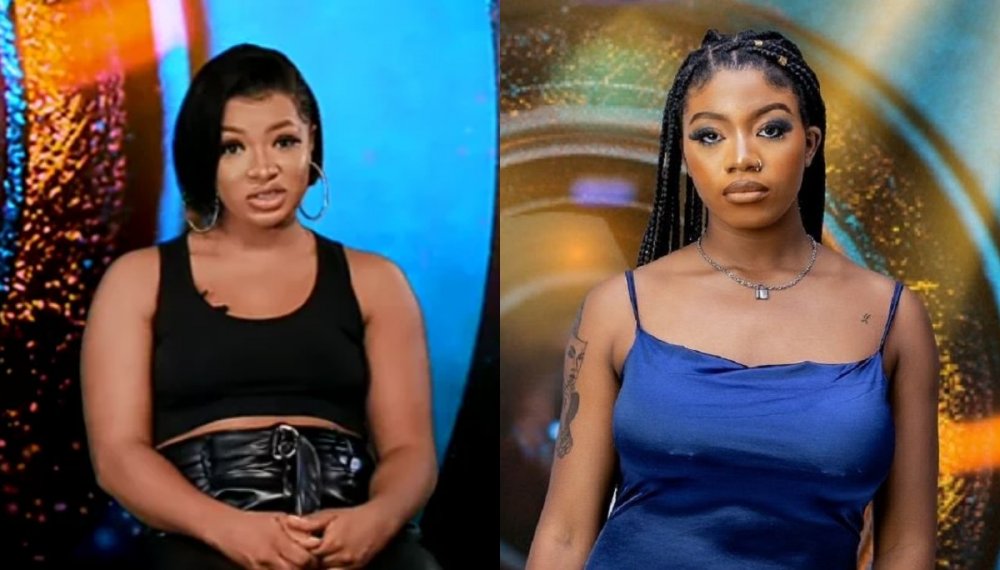 Apologise To Queen For Flirting With Boma – Liquorose Tells Angel

Liquorose, a Big Brother Naija season 6 housemate, on Saturday told Angel to apologise to Queen for disrespecting her.

According to her, Angel’s flirting with Boma when she knew Queen liked him was wrong and disrespectful.

Nini agreed with her, saying Angel is smart and one of the most strategic housemates in this house.

This did not go down well with Angel who flared up, insisting that she cannot apologise to Queen for flirting with Boma.

Angel said: “Why would I apologise to Queen for that? It was not anything serious between I and Boma.

Liquorose likes to say some shit around the house.”

Angel also took offense at Pere who described her as being strategic in the house.

Recall that Boma and Angel shared kisses and spent several nights together while Queen openly declared her interest in him.

However, they parted ways before Boma was evicted after they got into a fight which made Angel vow never to speak to him again.