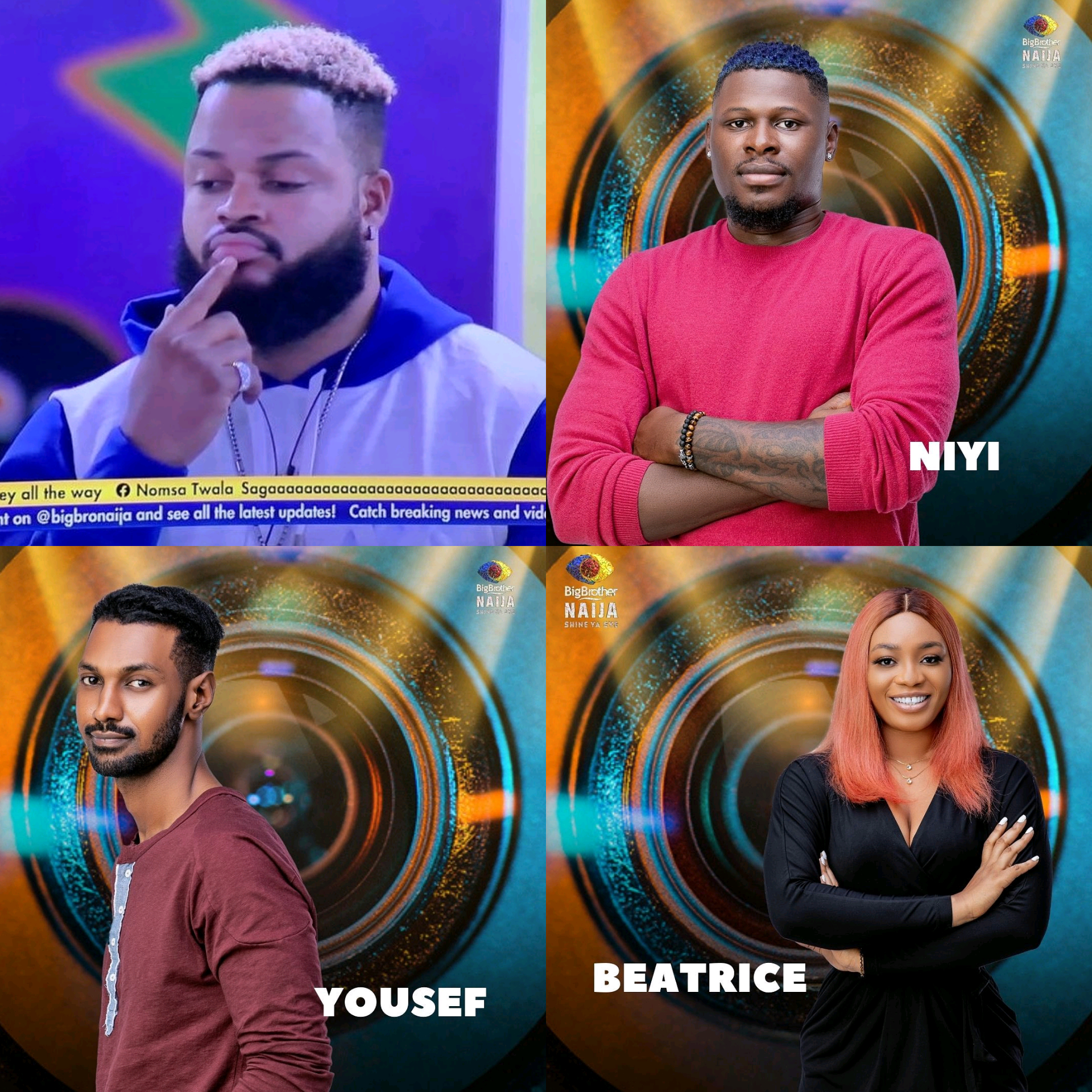 BBNaija Shine Ya Eye housemates, Beatrice, White Money, Yousef, Yerins, and Niyi have been nominated for possible eviction on Sunday.

The nomination results were announced by Big Brother on Monday night after the nomination process was completed.

The housemates that were originally up for eviction were Beatrice, White Money, Jay Paul, Niyi, and Yerins.

Read Also: BBNaija Shine Ya Eye: I Was Raised To Be Quiet; I Don’t Know Myself – Beatrice

However, the Head of House, Boma used his veto power to save Jay Paul and replaced him with Yousef.

It has also been announced that at least one housemate will be evicted on Sunday, August 8.

The Wildcards are not eligible for nomination this week. This is their reward for surviving the Wildcard game.

Voting by SMS does not apply this season.