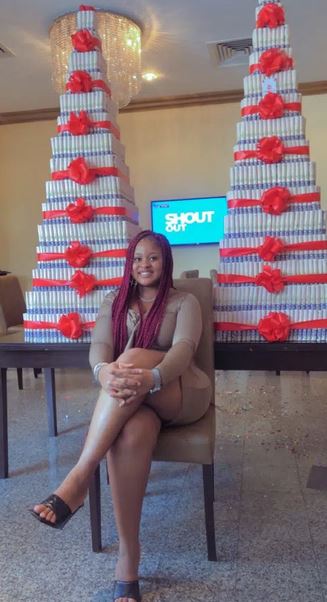 Ex-BBNaija Season 7 housemate, Amaka could not contain her excitement as she received money cake from fans.

It would be recalled that the reality star was kicked out of the house after an impromptu eviction was held with Amaka, getting the highest nominations by fellow housemates.

Fortunately for Amaka, her newfound fame seems to be treating her quite well as she shows off the massive cake she got.

She was seen dancing happily beside her pyramid-shaped money cake despite the fact she never got to the final stage of the show, losing out on the huge grand prize.