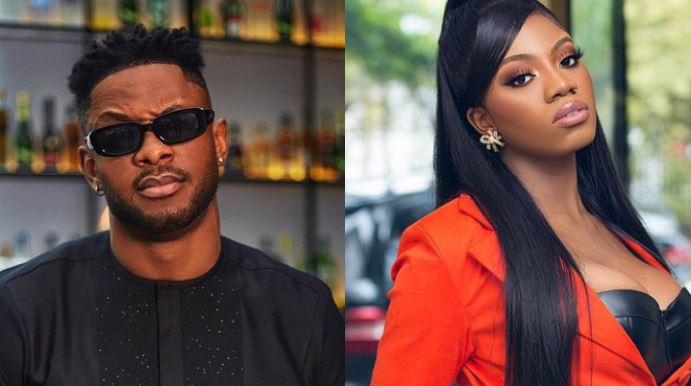 BBNReunion: Cross And I Never Had S3x, I’m Done With The Friendship

BBNaija housemates, Angel and Cross in the Reunion show that aired last night both spoke about what caused their rift.

Angel had accused Cross of hiding their friendship from the public and trying to use her as a ‘shield’ when he got dragged by Saskay fans over a leaked voice note.

However, it seems the duo have no plans to continue their relationship as they both called it a quit on the show.

Ebuka Obi-Uchendu also asked if they were friends with benefits, and demanded to know if they ever had intercourse. Angel replying gave a NO for an answer.

Angel avowed that Cross didn’t reciprocate the energy she put into their friendship and this is making her back off.

Cross on his part also said that if Angel doesn’t want to have anything to do with him then it was quite okay.