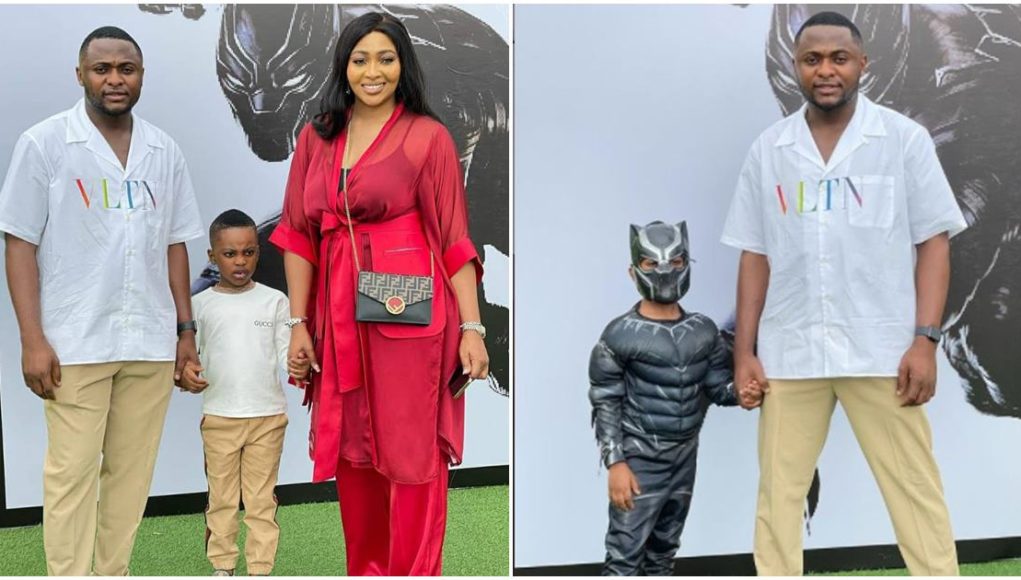 “Beautiful Family” – Reactions As Ubi Franklin And His Ex-wife, Lillian Esoro Team Up For Their Son’s 5th Birthday Party

Ubi Franklin and babymama, Esoro at their son’s birthday party

Record label owner, Ubi Franklin has set aside his differences with actress Lillian Esoro as the two showed up at their son’s birthday party.

This comes after Jayden clocked 5, in his honour, the father and mother threw a lavish birthday party for his son.

The estranged couple were seen together teaming up for their son as they posed for the camera.

manchi_zion wrote: Ubi is still in love with Lilian….. This was d best you had.. I wish you both can come back together

beyond_intimacy wrote: You both made co-parenting look easy.. God bless you both for doing this for your son

goshen1_4 wrote: God I want you to bring this beautiful couple back Amen