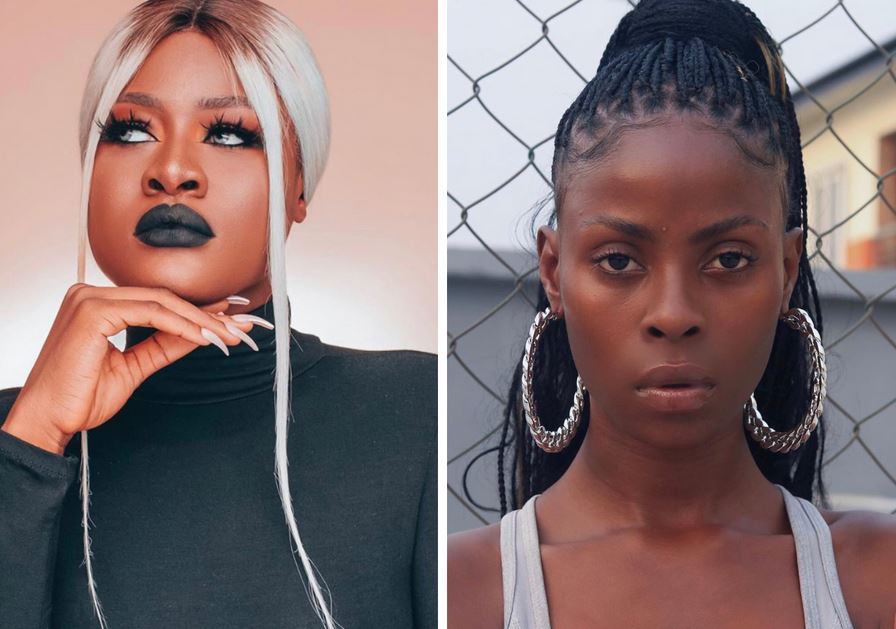 Ex-BBNaija housemate, Abiri Oluwabusayo popularly known as Khloe has taken a swipe at Alex following her opinion about plastic surgery.

The news of a lady who had died while undergoing plastic surgery to increase her derriere is making the headlines.

Different celebrities have weighed in to drop their own opinion on cosmetic surgery as some have advised people to desist from it and be content with their natural body.

Alex had written a lengthy post in which she had air her own opinion as she opines that those who undergo cosmetic surgery are insecure.

Reacting to this, Khloe posted an image of a little body receiving an award, tagging Alex to it, she captioned it: “Best in capping opinion that doesn’t matter and typing shiiitss”