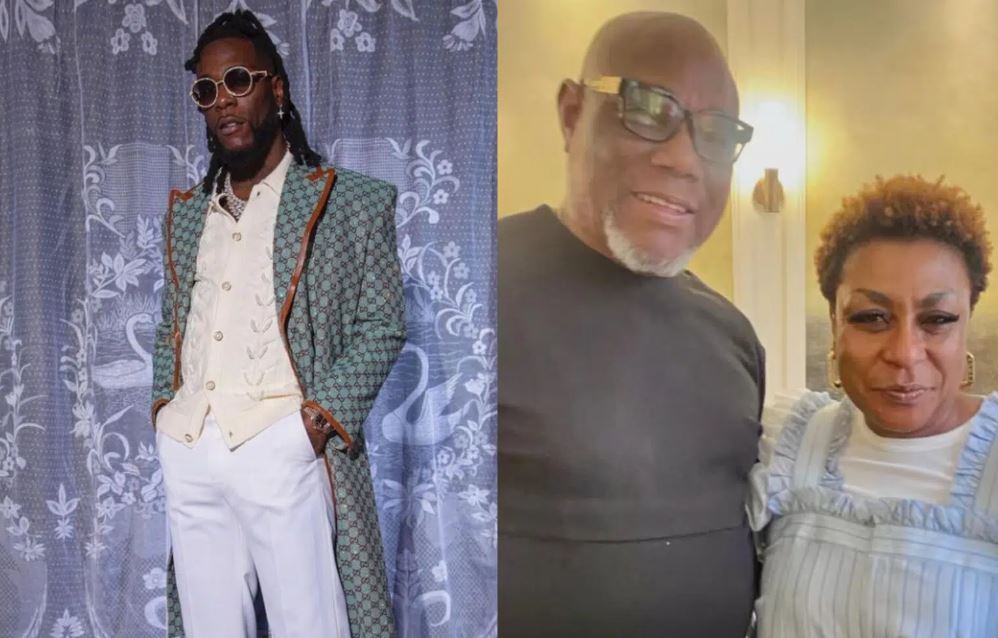 To commemorate their anniversary, Bose Ogulu posted a lovely message alongside a picture of herself and her husband on Instagram.

Burna Boy’s mother hoped for more years with her husband while posting a picture of herself and him.

She wrote: “Happy 32nd anniversary to us. Looking forward to forever & a day, one day at a time”.