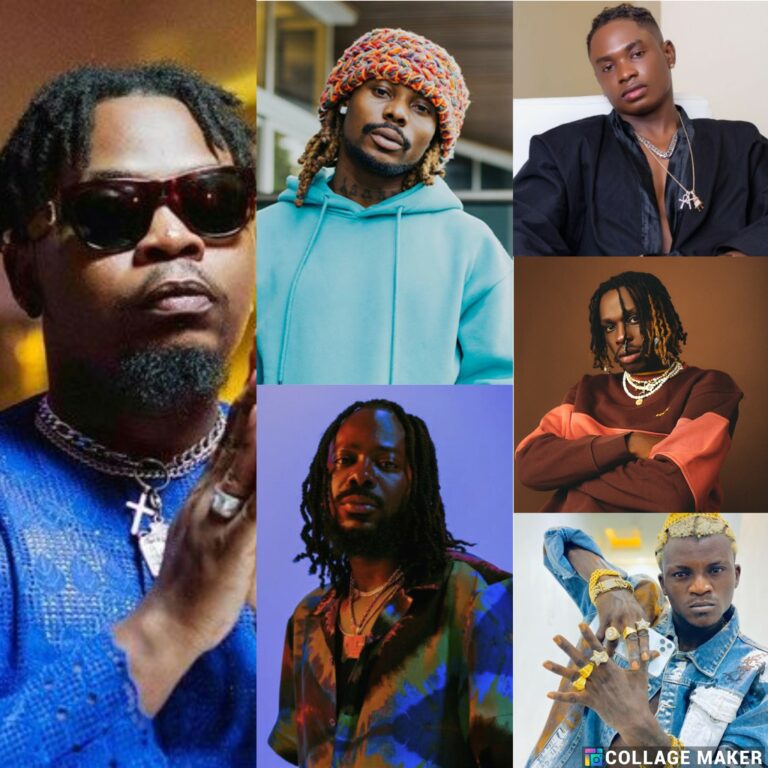 Check Out Five Music Artistes That Olamide Brought To Stardom

Olamide Gbenga Adedeji, the Nigerian singer who is popularly known as Olamide or Olamide Badoo, has helped so many people in the Nigerian music industry.

Fondly referred to as The King of the Streets, Olamide is one of the biggest and most influential music artistes in Nigeria.

After years of consistently putting out studio albums, Olamide is undeniably a force to reckon with. His big break came in 2010 when he released the hit song “Eni Duro”. So far, he has released over ten albums and has featured in many musical collaborations.

Tagged as the “proper street boy”, Olamide has shone his light on other musical talents after floating his record label “Yahoo Boy No Laptop (YBNL)”. So much that popular rap artiste, M.I Abaga saluted him, saying “Olamide is the greatest of all

In this article, we discuss the top five artistes he brought to starlight.

Adekunle Gold now referred to as ‘AG Baby’ is one of the earlier beneficiaries of Olamide’s influence. He joined the YBNL label in 2015. Shortly after, he released hit singles; ‘Sade’, ‘Orente’ and ‘Pick-Up’ to the delight of his fans.

A year later, ‘Sade’ won the Best Alternative Song Award at the Headies 2016. However, in the same year, he left the label after the release of his debut album ‘Gold’ on July 28, 2016.

Upon his exit from the label, the singer said this of his stint, “YBNL moved me. I had Sade before YBNL and it was already getting popular. When I got signed to the label, we shot the video and it became like a sensation everywhere.

“Getting signed to YBNL took me to London for the first time. That was in 2015. So, YBNL changed everything for me. I am grateful to Olamide for all the support and inspiration.”

His signing was the least publicized of his set. One can sense his cool and calm persona is in contrast to the other signees that were into freestyle and rap music. His breakthrough came with the release of the “Jealous” album.

He has since gained so much rep that he featured with foreign artistes including English singer, Ed Sheeran on his hit single “Peru”.

So far, he has featured Post Malone, Maradonna, 6Lack and many other foreign singers.

Ololademi Asake is now a household name in Nigeria.

Ahmed Ololade Asake, known professionally as Asake is also one of Olamide’s proteges. The rave of 2022 announced on Twitter that his luck changed after “one call from Olamide”.

He revealed that a friend, Yhemolee, played his songs to Badoo. A remix of “Omo Ope” was recorded, the music video was shot and a few days later, Olamide asked Asake; “Will you like to join the family?”. A remarkable signing into the YBNL record label.

In just six months, Asake has released his debut album “Mr Money With The Vibe” and several singles including “Sungba”, “Omo Ope”, and many others.

Although not signed under his record label, Olamide made the biggest song in December 2021 with street artiste, Habeeb Okikiola aka Portable.

Popular tune ‘Zazuu Zeh’, a remix of the original version, made tremendous waves that Portable was nominated as a recipient of the NEW ACT Award by the Headies. He was however disqualified for gross misconduct.

One could say that Olamide’s lit verse, influence and good PR made the song and the artiste.

With the release of ‘Shoki’ in 2014, Keshinro Ololade, known professionally as Lil Kesh rose to the limelight. He was formerly signed under Olamide’s record label. Recalling that he was just a street boy doing freestyles around secondary schools in Lagos. Lil Kesh revealed that he was introduced to Badoo by his friend Viktoh.

Olamide pumped Kesh’s fan base after he got Davido to feature on the remix of the party jam ‘Shoki’. The youngster released five singles; ‘Lyrically’, ‘Gbese’, ‘Efejoku’, ‘Shoki’ & ‘Shoki (remix)’ before he floated his own record label “YAGI”  Young And Getting It).