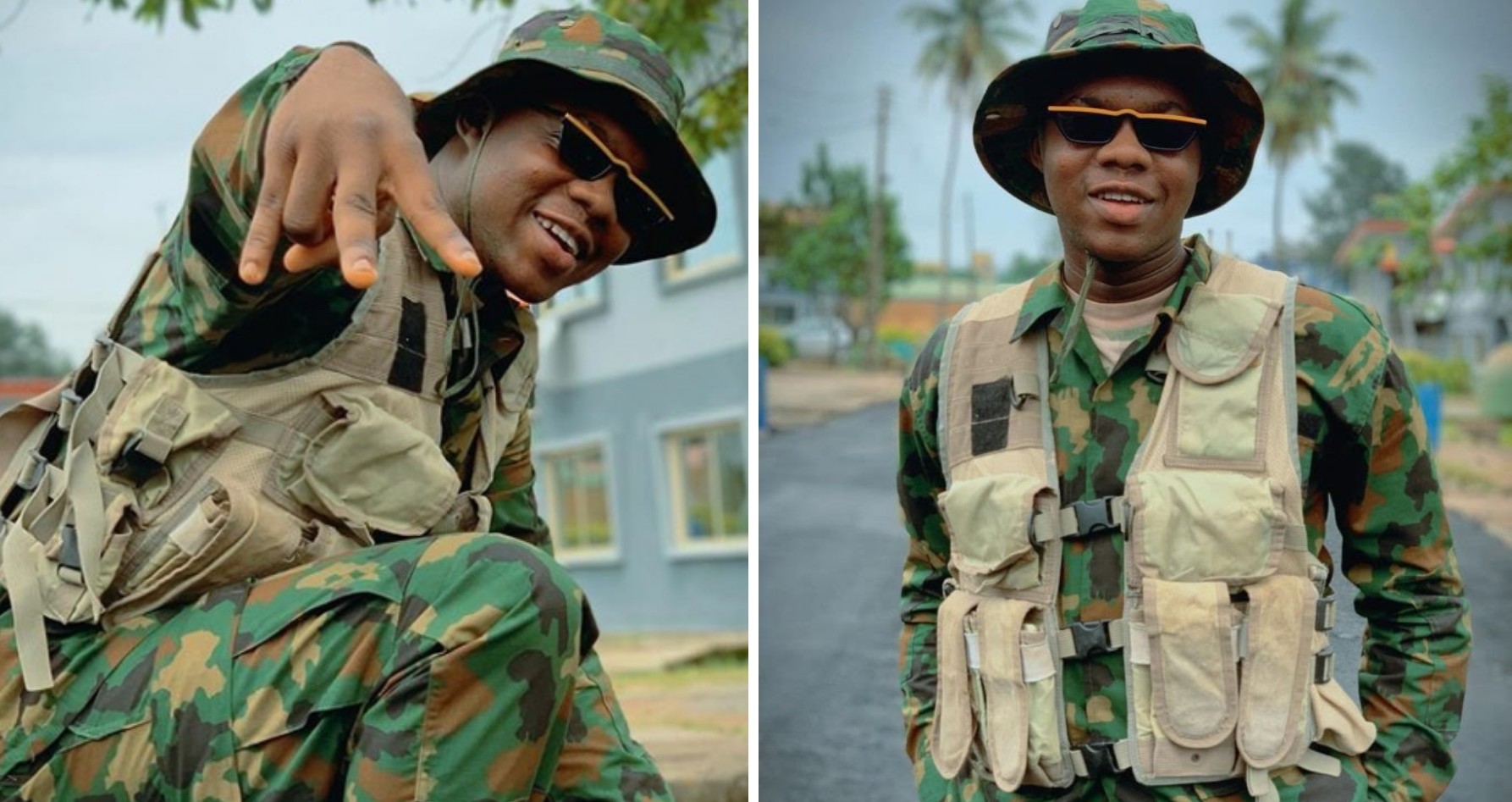 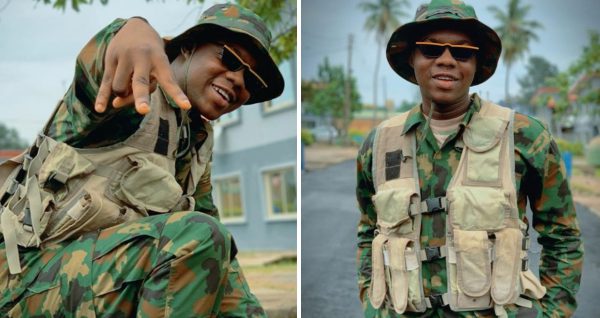 Nigeria Comedian, Abdulgafar Ahmad Oluwatoyin popularly referred to as Cute Abiola who is also a navy personnel has been declared missing.

This was known after his fellow comedian, Mr Macaroni shared the news on his official Twitter account and attached to the news, is the WhatsApp message he received.

The message states that, he has been detained on an order from the Nigerian Navy Headquarters and the last time Cute Abiola’s wife and associates heard from him was on November 15, 2021.

The WhatsApp message read: “Ahmed Gafar is popularly known as The Cute Abiola left his house for office at Navy Town at 06:00Am on the 15th November, 2021 and got to the office at about 07:00am or thereafter. While he got to the office, he called his wife and associates that he had gotten to the office.

“Subsequently, his wife and other associates have made several attempts to contact him but to no avail. Since he last communicated with his wife and associates that he already got to the office, he has not returned to his family and no one has heard from him till this moment.

“It was subsequently gathered from a reliable source that he has been locked up in the Nigerian Navy cell since he got to the office yesterday morning till the time of posting this information without being fed and no date has been stated for his release from custody.

“The most frustrating part is that nobody is talking anything as to the offense he has committed, but that he’s been detained on an order from the Nigerian Navy Headquarters.

“This unfortunate situation has rendered his wife emotionally tortured and traumatized as the Cute Abiola is an Ulcer patient. Hence, not feeding an Ulcer patient as punishment for an undisclosed offense is something to be worried about with the view to avoiding unnecessary circumstance with regards to the health of The Cute Abiola”

Ever since then, no information has been made known and Cute Abiola is also yet to address the issue which may imply that he has no access to his phone yet. 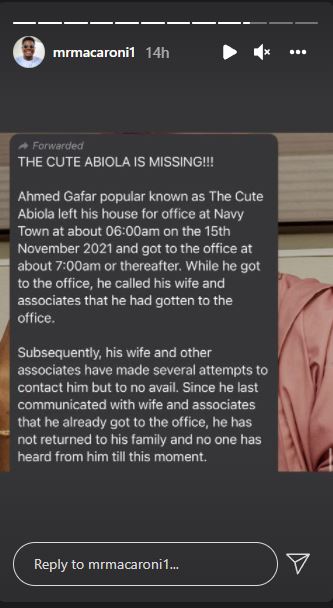 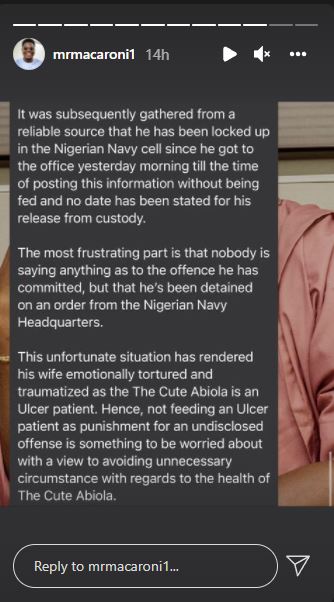 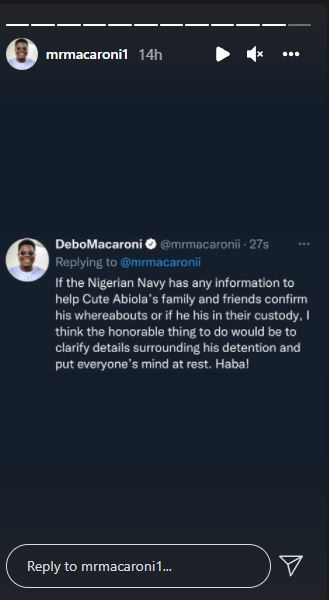