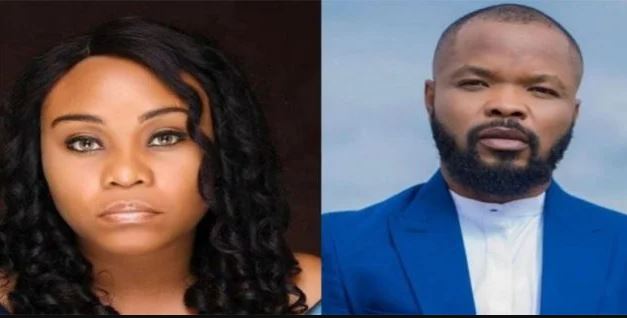 Comedian, Nedu Reacts To Reports That Police Seized His Kids From His Ex-Wife And Handed Them To Him 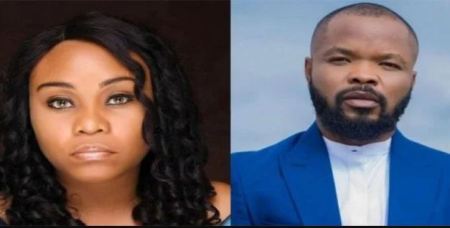 One of Nigeria’s popular comedian and skit maker, Chinedu Ani, who is better known as Nedu Wazobia, has said his ex-wife, Uzoamaka Ohiri, willingly handed their two daughters to him at the State Criminal Investigation Department, Panti, on Tuesday.

She, however, told The PUNCH that she did so under duress.

Nedu also posted the statement written by his ex-wife at the SCID, wherein she stated, among other things, that she was handing the children over because she had challenges with rent.

In the statement, she said she would be given full access to the children while they remain in her ex-husband’s custody.

The statement she wrote at the SCID reads in part, “I, Uzoamaka, on this 28th day of September, 2021, handed over my daughters, Kaylah six years old, and Praise, four years old, to their father, Mr. Chinedu Emmanuel Ani.

“I brought them back from Owerri where they were staying with my mother, Mrs. Uzoamaka Ohiri, because our rent in Lagos had expired so my kids arrived in Lagos on the 27th of September, 2021.

“Mr. Chinedu has agreed that as the children are with him, I Uzoamaka will have uninterrupted access to the kids and if their school is changed, I will be informed until the court grants any one of us custody of our daughters.”

In addition to explaining how he took over the two female children, the comedian also posted receipts of the air ticket he booked for his ex-wife to fly the children down to Lagos from Owerri where they were staying with their maternal grandmother.

Explaining the issue via his verified Instagram page, Nedu states:“I am sad that once again, I need to clear the air on what I consider a private matter. But for the sake of all the parties involved, it is pertinent that I do so.

“Please let the following be clear to all journalists, blogs, news platforms, etc;

“1. Contrary to the rumours being peddled around, I do take care of my children and will continue to as it is my duty.

“2. Neither I nor the police forcefully took my kids away from my ex-wife. It was a unanimous agreement. Please feel free to read her handwritten statement and also see the bag with which she brought their clothes.

“3. The children in question were taken to Owerri to live for over a month without my consent or permission. My ex-wife took that decision without consulting me… I paid for the flight for her to go and bring them back to Lagos after it was agreed by all parties that it was better they were returned to Lagos especially as they school in Lagos.

“4. I am a person who believes in doing things the right way and so far on this matter, I have stayed within the provisions of the law. A case was filed against my ex-wife for cyber-bullying and other grievances. She was invited to respond and the matter is ongoing alongside custody resolution.

“I am tired of the sensational manner in which this news is being dispersed. I do not grant interviews or speak on the matter to the press. I would advise my ex-wife and her cousins/sister to follow suit.

“We are not dealing with inanimate objects here but living and breathing beings who will one day deal with the consequences of this fall-out.

“I truly want to continue to focus on my career, my family and my life as I am not the first or the last man to have a failed marriage.”

In a swift reaction, however, the ex-wife told The PUNCH that the Police and Nedu forced her to hand over her kids against her will.

Uzoamaka said that, for several days when she was reporting at the SCID, she was treated as a crime suspect by the Police, while her lawyer was usually not allowed to be in the interrogation room with her.

The comedian’s ex-wife said Nedu was allowed to bring in phones and take pictures at the SCID, while she was always made to leave her phone at the entrance, which, she said, was evidence that the Police were partial.

She alleged that her phone was eventually seized by the Police, all in a bid to prevent her from writing anything about her ordeal on social media.

The 37-year-old mother-of-three wondered why the Police would get involved in a purely civil case and why it was at a Police facility that the children were handed over to Nedu.

She said, “That is so untrue. Those people have dealt with me so much. They have threatened me and forced me to do things that I didn’t want to do.

“My children were not meant to be back in Lagos. Those people have threatened me so much.

“Yes, we’ve been having rent issues. Yes, we’ve been asking him to support and help us, which he has refused to do. So, these people have done a whole lot.

“Nedu is just hell-bent on getting rid of me. I have a lawyer, but every time he came with me to the Police, they would send him out; but Nedu would be allowed to enter with at least five people, including one NGO woman, Landa, his prophet and his co-workers. They all troop in while they don’t allow me to see my lawyer.”

Uzoamaka and Nedu have been engaged in a messy feud in the last one month.

She had called out her ex-husband, accusing him of domestic violence and refusing to take care of the family.

Nedu had also responded by posting a DNA test result of their first child and only son, which showed that he was not the child’s biological father.