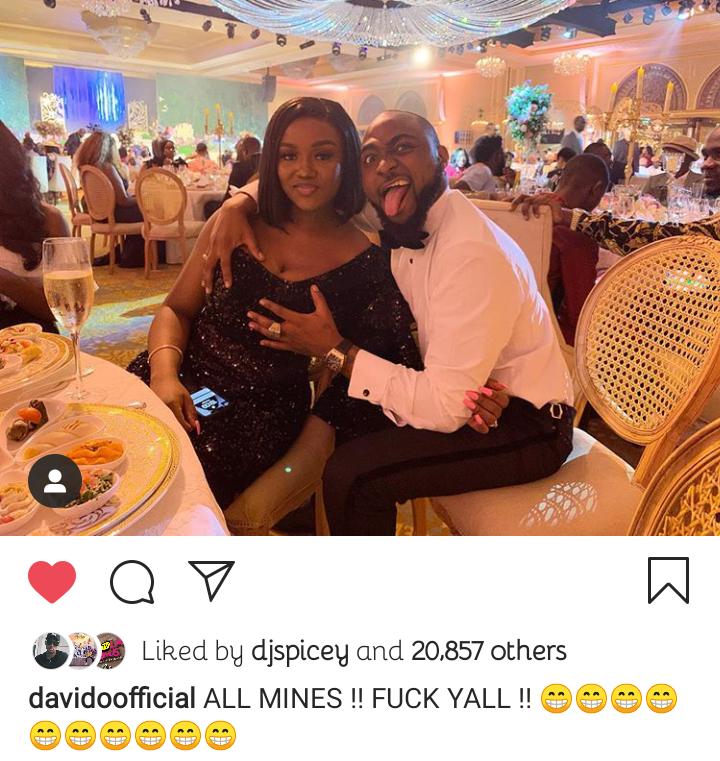 Davido poses in a picture with his fiancée, Chioma at the wedding of his brother, a adewale Adeleke that is currently holding in Dubai at the moment.

All was normal about that photo except for what he was doing with his fingers when the picture was captured and of course, the caption he accompanied the picture with when he uploaded on his Instagram page.

He shared the photo with caption; “All mines, Fuck ya all”, which appears to be a shade to trolls distributing rumors that he shares Chioma with Peruzzi.

Well, now the singer has made it clear that he shared her with nobody and everything that make up her body is his only.

See the photo below;