Popular Nigerian artist, DJ Cuppy, has reacted over an Internet troll’s comment about her father’s wealth.

The artist, who got a comment from a social media user identified as ‘callmeapril_2024’ was not having it as she threw a light jab at her.

‘Callmeapril_2024’ had asked Cuppy, on the comment section of her post, to keep enjoying her father’s money.

Reacting to the comment, Cuppy, on the other hand, asked the commenter to enjoy her Data as she added a heart emoji. 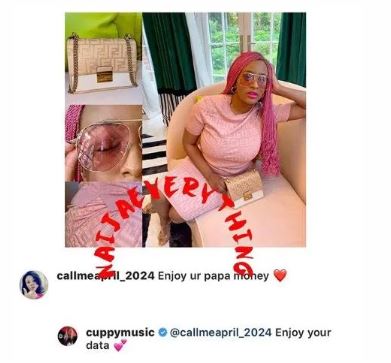