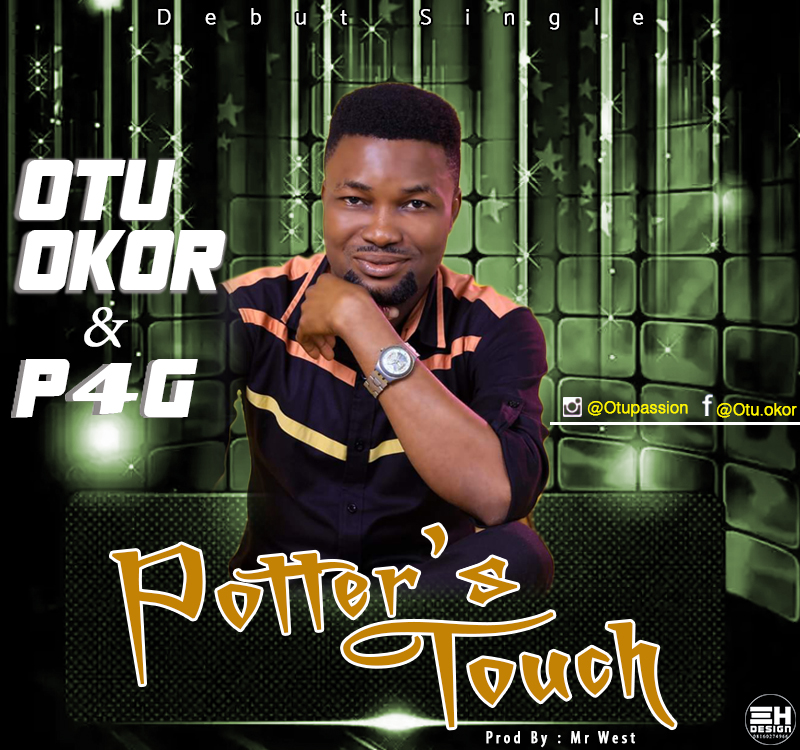 Potter’s Touch is a piece of music for the broken who need to be mended realizing that its not by power, nor by might but by the spirit, its a prayer for that hungry soul that has come to the place of total surrender to God as the clay in the hand of the potter the inspiration of Potter’s touch was drawn from the scripture Jeremiah 18:1-6.

Otu Okor is a seasoned worship leader,song teacher,choir director,song writer and gospel music minister who is from cross river state. His exceptional passion for gospel music drove him into birthing a music crew in October 2009 in the city of calabar called PASSION FOR GOSPEL MUSIC MINISTRY popularly known as (P4G), by the special grace of God this music crew has raised many singers in and outside of the state making them effective in their different denominations and individual ministries, P4G hosts two programs yearly which has been a blessing to so many within and outside the city of calabar.

Standing here from this moment
I surrender all to you
I’m the clay
You’re the potter
Fix me,mould me
To your will