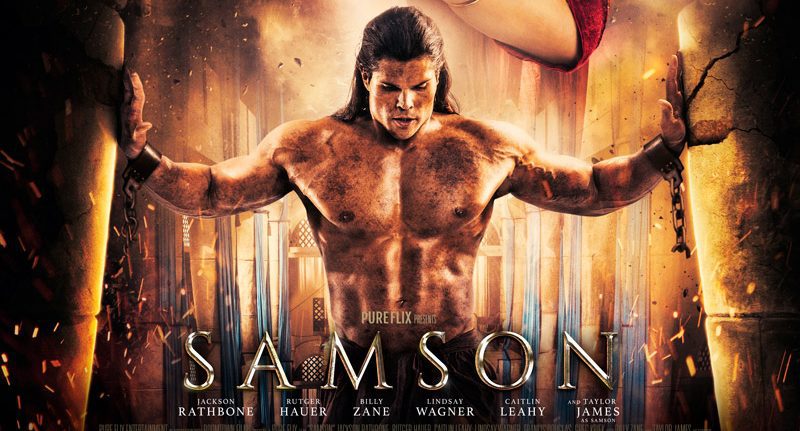 Samson is a 2018 Biblical drama film directed by Bruce Macdonald and inspired by the story of Samson in the Book of Judges.

The film stars Taylor James as Samson, along with Jackson Rathbone, Billy Zane, Caitlin Leahy, Rutger Hauer, and Lindsay Wagner. The film was released in the United States on February 16, 2018.

After losing the love of his life to a cruel Philistine prince, a young Hebrew with Supernatural strength defends his people, sacrificing everything to avenge his love, his people, and his God.