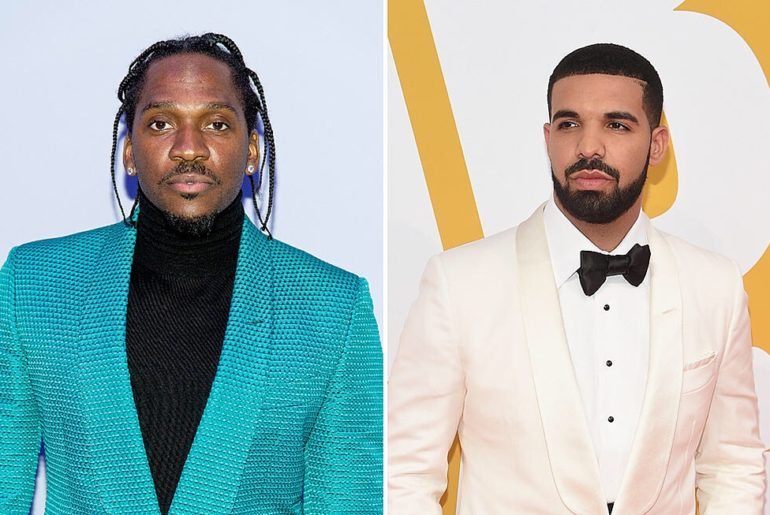 Last week, Pusha T’s latest album had a diss track to Drake titled ‘Infrared’, where Pusha T took shots at Drake with the line “It was written like Nas but it came from Quentin” alluding to Drake’s alleged ghostwriter Quentin Miller.

Without wasting time, Drake dropped an instant diss track titled ‘Duppy Freestyle’ where he ripped apart Pusha T and Kanye West. It was hard and social media loved it believing that Pusha T had no comeback for it.

A few hours ago, Pusha T returned the favor and he practically dismembered Drake in a newly released diss track titled, “The Story of Adidon”.

He took shots at Drizzy’s childhood, alleging he has a secret son and releasing a photo of a young Drake with blackface.

In the track mixed over the beat for Jay-Z’s “The Story of O.J” Push raps, “You are hiding a child, let that boy come home, deadbeat motherf*****.”