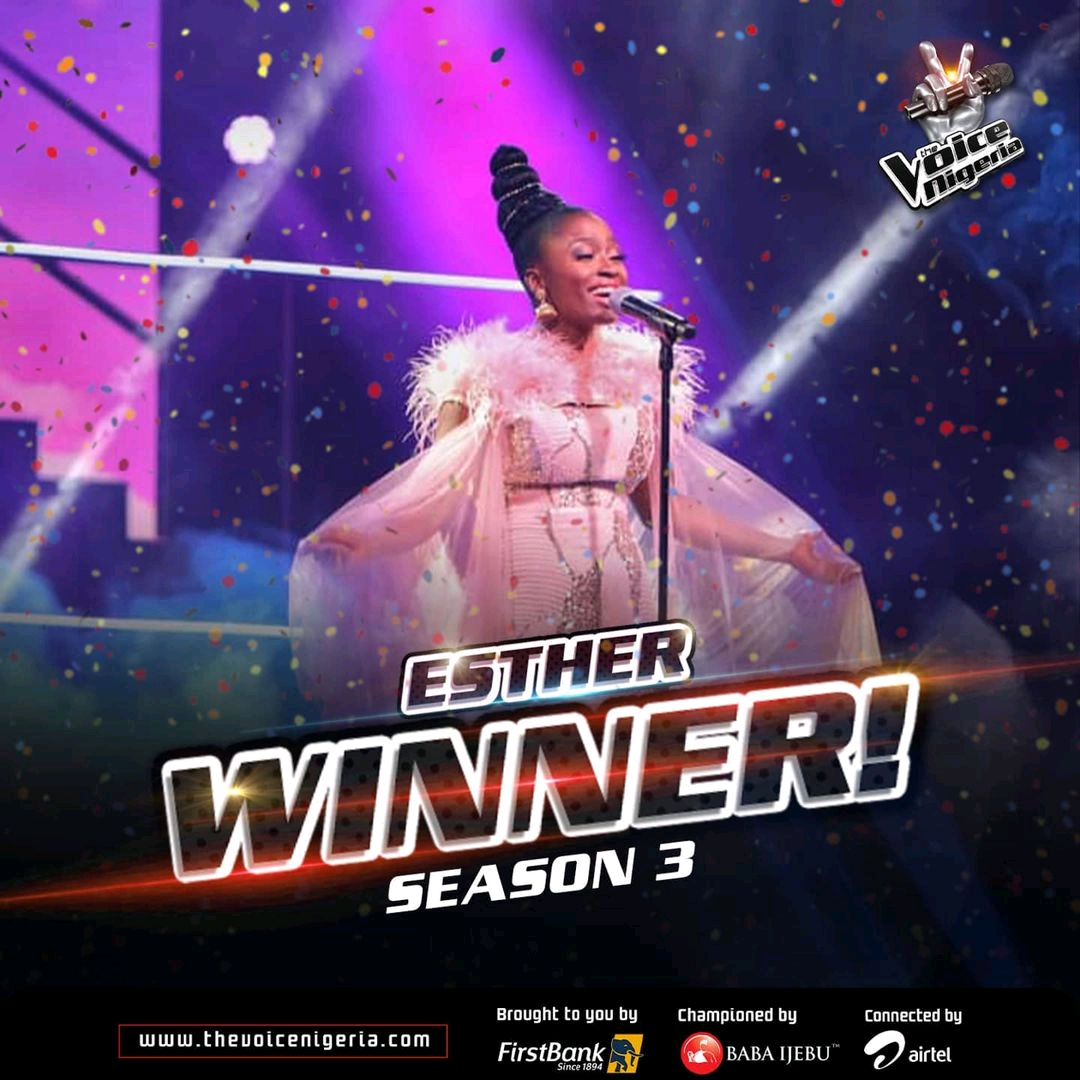 The end of the third season of The Voice Nigeria has seen 22-year-old Esther Benyeogo as the winner of the keenly-contested reality singing competition.

The grand finale of the third season of The Voice Nigeria took place on Saturday, July 24th.

Delta State-born Esther was then pronounced winner by the host Nancy Isime.