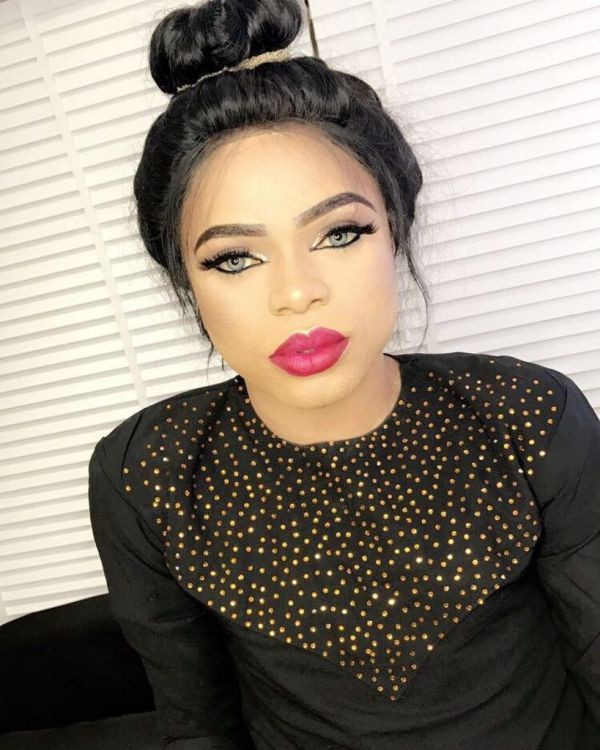 I Have Started My Breasts Growing Procedure – Bobrisky

Nigerian male cross-dresser, Okuneye Idris Olarenwaju, popularly known as Bobrisky, has revealed in a new interview on why he prefers to dress as a woman and he also opened up on the breast growing procedure he just started.

Speaking in an interview on Broadway TV, the male barbie said he settles for female dresses for entertainment.

Bobrisky also revealed that he makes over N600,000 on a weekly basis.

“So, for me, I’m trying to be perfect in what I do. So, that’s the way it is, people should just accept it the way it is: Bobrisky is growing breast.

I’m not doing anything really serious to grow boobs. I’m just eating and taking some pills. It’s just to give us that cleavage look.

“Bobrisky is a brand. I own a brand, money, fame and I think I have more confidence in me. I make over N600 to 700k on a weekly basis.

“The reason I’m dressing in female attire is because I want to entertain people. So its still all under entertainment.”

Remember. Bobrisky caused a stir on social media over the weekend when he announced that he was getting married on Sunday and even went further to post the photo of a man, whom he claimed was his groom

The lid was however blown open when it was later discovered that the man is a serving US Senator. This forced Bobrisky to later announce it was just a publicity stunt