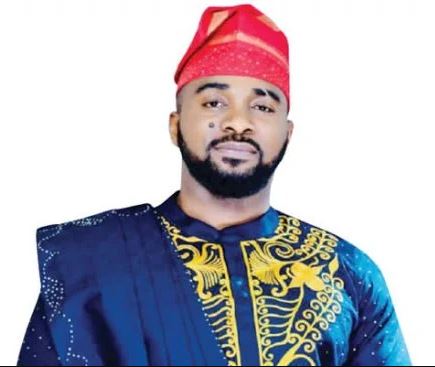 I Was Undermined When I Got Into Nollywood — Actor, Uzor Arukwe Speaks

Uzor Arukwe, the Nigerian actor tells BABATUNDE TUGBOBO about his career, struggles and other issues

You have a Bachelor’s degree in Economics and a Master’s in Business Administration. What informed your interest in those fields of study?

I just wanted to do better. At a time, my parents wanted me to get a corporate job, so that I would be able to ‘set myself up’ for success. I decided to get a Master’s in Business Administration, which I felt would help me to get a good job.

At what point did you decide to venture into acting?

It was after that I decided to give professional acting a shot.

What were the challenges you faced when you got into the industry?

The challenges I faced were basically being undermined and underrated. A lot of people did not know what my capabilities were, so they were not sure if I could act or not. I had to prove that I knew what I was doing and I was good at it. I have been trained for this and waiting for opportunities (for some time).

Also the fees one got for acting was ridiculous. One could act a role or two, and be paid as low as N1,000. It was terrible but like in every other industry, one has to keep pushing. One must be consistent and persistent.

How have you evolved in the process?

I have evolved by being consistent and persistent. In performing arts, one should not be a local champion. One has to be good enough to compete with one’s international counterparts.

With the large influx of actors into Nollywood, what stands you out?

Every actor has his style and signature. I believe that over time, people will know what I bring to the table. I want to believe I am a versatile actor that can literally play any role. I have depth and range, and I can do well in comedy, drama or any other genre.

You have experience in stage plays and movies. For you, which is better and why?

They are two different worlds. While films are more intricate, stage plays are more intimate. (Stage acting) is not supposed to be exaggerated. It should be like mirroring real life situations. However, I have always wanted to be a master of both.

As a handsome actor, how do you deal with female admiration?

(Laughs). I just do my work. Both male and female audiences enjoy my work, and I am grateful to God for that. Whenever females come close, I appreciate their support and love, and move on. It is really about my work, not me. Sometimes, they misconstrue characters I have played before (to be the real me).

What has been your most embarrassing moment on stage?

My most embarrassing moment on stage was during a fight scene when a colleague hit my groin. At that point, I forgot I was acting. Whatever expression I gave was genuine because I went (fell) down. I think people could tell it was not acting anymore.

What do you regard as your greatest achievement as an actor?

As of now, it is the fact that I am growing at a certain pace. I started acting full-time in 2018. By 2020, I had two nominations in the same category of the Africa Magic Viewers Choice Awards. I consider that to be one of my greatest achievements.

If you did not succeed as an actor, what other profession would you have opted for?

I could have gone back to television, either by being the director of programmes for a big production or media house. I would most likely be working in a media space where I am in control of certain things that have to do with art.

It has been alleged that you are having an affair with your fellow actress, Bimbo Ademoye. How true is that?

What female actress do you have the best chemistry with when on set?

I blend well with all the female colleagues I have worked with. There is no particular one (I have the most chemistry with). Whenever I have to work with anyone of them, I try to make the most out of it.

Not much is known about your private life. Is that intentional?

It is very intentional because I want the focus to be on my work (not my personal life). I want people to love me for what I do and what I bring to the ‘artistic table’.

How do you unwind?

I unwind by having a good time at the bar. I listen to good music with some loved ones, play basketball, attend some events and hang out with friends.

What is your favourite meal and do you cook?

I can cook but I am not so much of a cook. However, I make some really nice porridge beans and porridge yam. Also, I can make stew but I can’t make soup. My best meal is bread with eggs. I like ‘swallow’ a lot too, with any well made soup.

When you have to go on vacation, what determines where you go?

I just look for a good destination and I plan on how to get there. I get the visa, pay my flight ticket and get there. I like going to places I have not been to before which I feel will be interesting.

What advice do you have for aspiring actors?

Believe in yourself and your craft, and keep getting better at it. You should also be patient and consistent, as well as believe in God.

I like simple and comfortable outfits. However, I, sometimes, like to ‘play dress up’. I don’t want people to be able to tell what my worth is just by what I am wearing. I like to look good, but I don’t want it to be over the top.