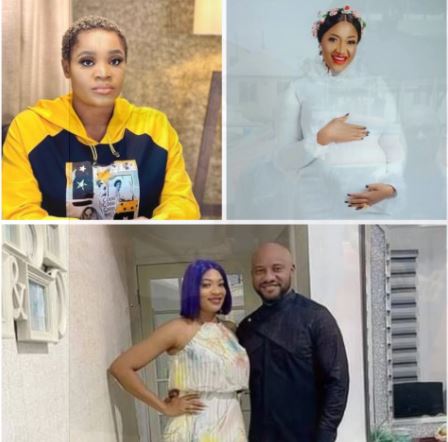 I Would Never Support Polygamy, I Stand With May Edochie

Uche Ogbodo, a Nollywood actress, has cleared the air after she was accused of taking sides with her colleague, Yul Edochie and his second wife, Judy Austin.

The actress has been receiving backlash for complimenting Judy after Yul Edochie announced he had taken her as a second wife and that they have a son together.

Taking to Instagram on Sunday, Ogbodo said she stands with Yul Edochie’s first wife, May, adding that she was only “catching cruise” on Judy’s post.

“NO WOMAN DESERVES TO GO THROUGH WHAT MAY AND HER CHILDREN MIGHT BE GOING THROUGH RIGHT NOW. MAY IS AN AMAZING WOMAN ,I LOVE AND RESPECT HER,” she wrote.

“SO IN ACTUAL SENSE , I AM WITH MAY WITH ALL MY HEART ….. and not what the Lots of you actually think because of my comment on Judy’s Posts . I was only Catching Cruise with my Haters ! #istandwithmayedochie #periodt”

Writing further, the actress said she would never support polygamy because of the pain it brings to all the parties involved.