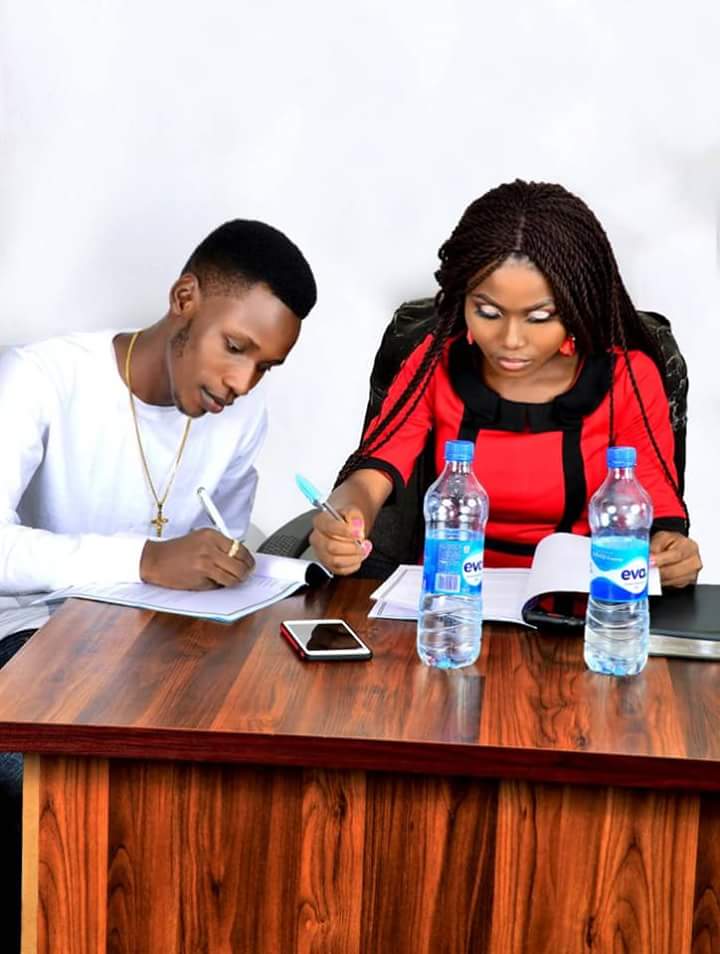 According to a telephone conversation with the new manager, the popular Singer has officially pen a 12 months deal with her, which also involves some undisclosed clauses.
The singer who was well-known for his popular hit “Sorry” which was recently released also promised to release a new jam soon, he also stated that the title and date will be made known to everyone in due time.
Mija, Who will now manage IBKsings for the next 12 months promises to push IBK to his peak as far as the next 12 months is concerned. The new manager who is also a CEO of a clothing line affirms that the deal was signed yesterday with popular faces which includes Omoboyewa Akinbola(Kbola) Olaqs(zinwester’s manager) Xswitch(Apeke crooner) to witness the event.