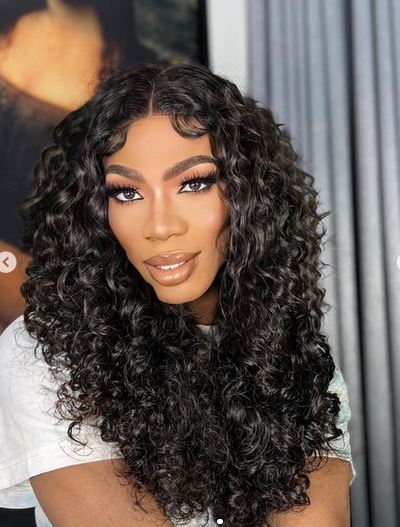 Nigerian crossdresser and brand influencer, James Brown has responded to a fan who asked if he gets his monthly cycle.

The crossdresser in a series of videos insisted on being a woman which triggered fans to quiz his womanhood.

Taking to his Instagram page, James Brown emphasized his gender while revealing what he called proof to those who disbelieve him.

Reaching for his underwear, the self-acclaimed Princess of Africa pulled out a tampon, one which he claims to use for his monthly flow.