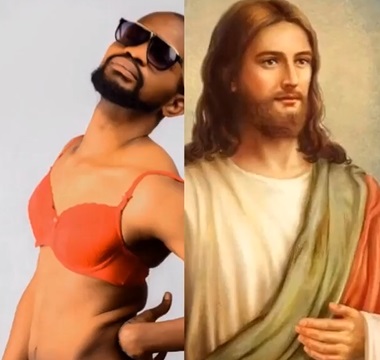 Christians have been condemned by Nollywood actor, Uche Maduagwu for being against gays.

The actor said Christians who do not like gays/homosexuals are wrong because Jesus their leader never condemned gay people.
The actor who came out of the closet last week wrote,
”Being #gay is an honor and a beautiful life #jesus never condemn gay people in the new testament so if you a good christian you wont too or can a servant be greater than his master.
Criticize your G.O for having private jet when millions of his #church members are poor and unemployed, criticize them for collecting tithe during covid19”

Why I Am Attracted To Yousef – Saskay Reveals
“Thank You For Coming Into My Empty Life” – Actress Uche Ogbodo Celebrates Her Daughter at 7
‘You Are So Unintelligent’, Man Blasts Toke Makinwa
No Comments YetDrop a Comment