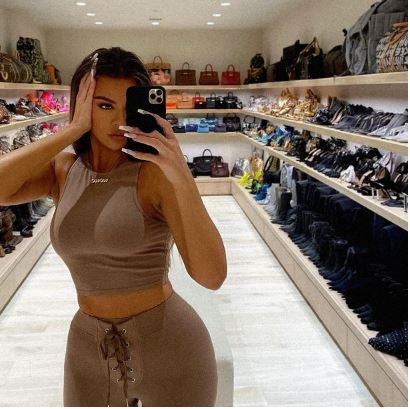 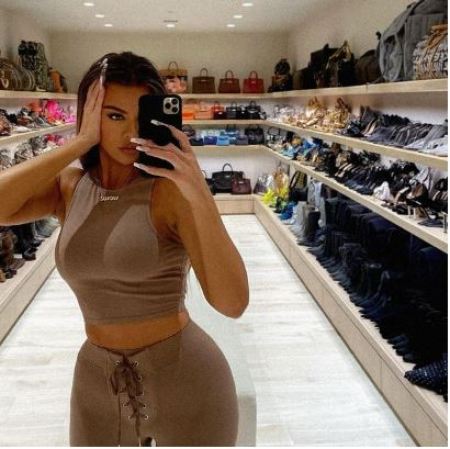 Khloe Kardashian has been called fake by her fans who spotted a photoshopped photo she posted on social media.

The awkward Photoshopped photo appears to show Kloe posing in her walk-in wardrobe, wearing a skimpy brown crop top and skintight matching leggings laced up at the front.

Curiously, the bench behind her where she snapped the photo could be seen to be curved which shows clearly that she manipulated.

At first, fans accused her of photoshopping her face so much that they mistook her for sister Kim Kardashian or half-sister Kylie Jenner.

“I thought this was Kim at first!” one fan posted with a love heart emoji.

Another said: “Kim is that you?”

“Thought this was Kylie in her closet for a second!” someone else commented.

“The bench behind her is warped!” one fan pointed out in the comments section.

“TURN OFF THE FILTER!” another said. 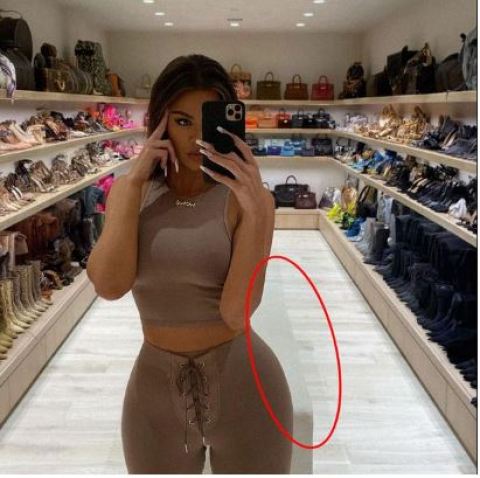