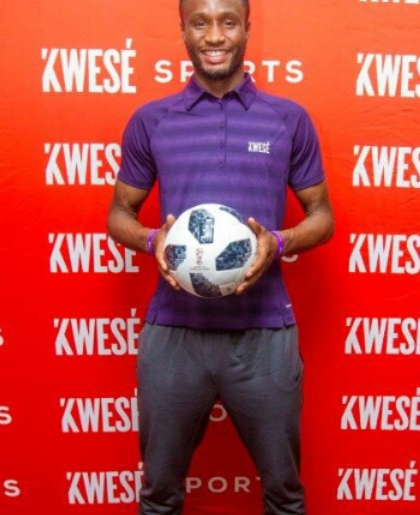 Considered one of Nigeria’s most accomplished players, Mikel will feature in Kwesé’s upcoming advertising campaigns which will encompass print, television and radio.

As part of the partnership with Mikel, Kwesé will join the impressive list of international bodies and associations investing in growing the network of Mikel Obi Africa Children’s Sports Foundation academies across Africa.

John Mikel Obi commenting on his association with Kwesé,

It’s a pleasure and honour to be asked and today become the official ambassador of Kwesé TV, a subsidiary of Econet Media. I am proud to become a member of the Econet Media family and the face of Kwesé TV globally. I am excited to work with a media network that is redefining broadcasting in Africa, bringing pay as you watch TV, Free to air TV and digital programming.

As in my football career, it was important to me to represent an organisation that puts fans and/customers first, power, pride, strength and most importantly, a consistent winner”

Kwesé viewers can look forward to seeing one of their favourite African footballer on Kwesé’s screens in due course, starting with the 2018 FIFA World Cup Russia™ campaign.