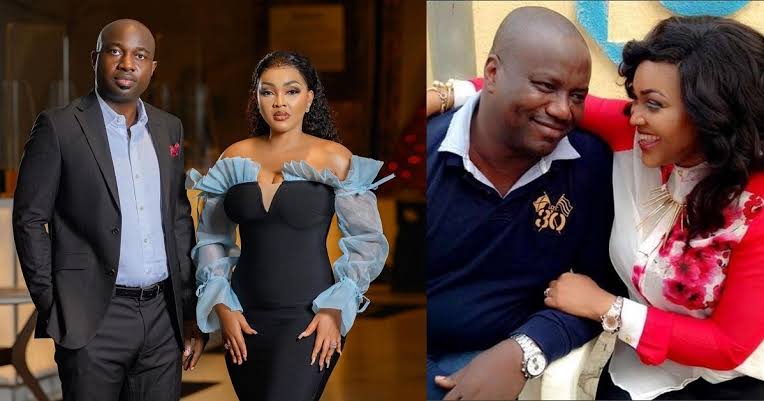 Lanre Gentry, the estranged husband of popular Yoruba actress, Mercy Aigbe has reacted after being urged to run paternity test on his son, Juwon following his striking resemblance with Adekaz.

Adekaz is the new lover of Aigbe.

Recall that Mercy showed off her man yesterday with Nigerians bashing the hell out of her because the man is married.

Many accused the actress of snatching the man from his wife.

But, a Nigerian lady expressed worry that Mercy and Adekaz might have started their amorous relationship even while she was with her husband, reason why Gentry is being urged to run DNA test on his son.

In his reply to her, the businessman assured her and every other person concerned that there is no need for him to doubt his son’s paternity because he’s sure that Juwon is his son.