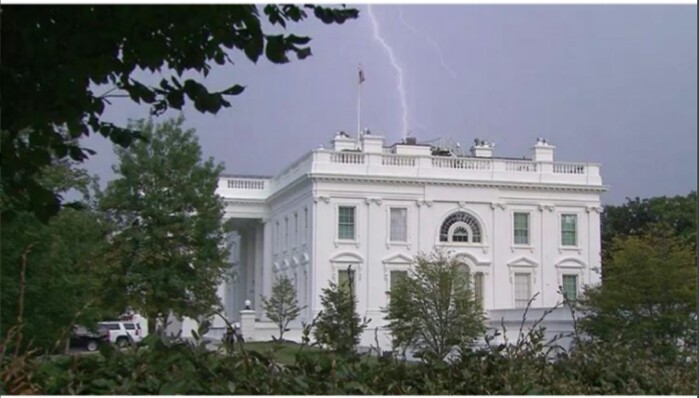 Lightning struck the White House during a thunder storm in Washington DC today. CNN photographer Khalil Abdallah caught the moment.This lightning incident is coming after US president Donald Trump blasted Nike & Colin Kaepernick over their new ad campaign, saying he doesn’t think Nike should “Just Do It” with Colin Kaepernick because the ad campaign sends a “terrible message.